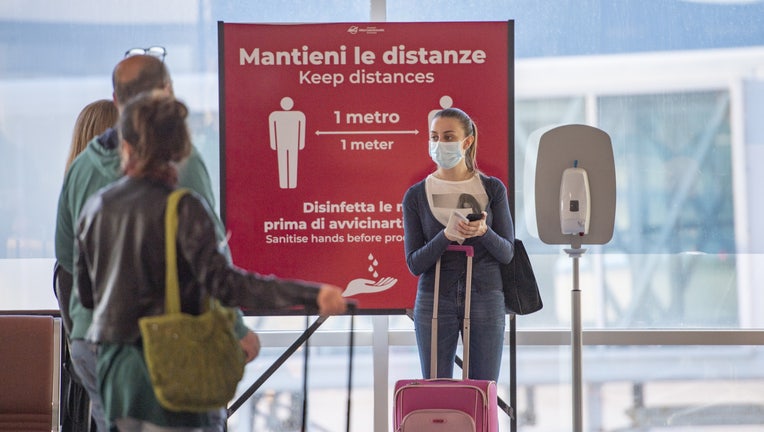 Passengers await boarding and document checks in front of a sign that reminds you to keep social distance and sanitize your hands on June 03, 2020 in Olbia, Italy. The Olbia Costa Smeralda airport is reopening after the lockdown due to the Covid-19 p

SARDINIA, Italy - Italy’s customs agency denied five rich Americans entry to the country after they landed on a private jet for a vacation on the island of Sardinia, according to reports.

After a huge spike in coronavirus cases in Texas and other reopened states, Italy and other European Union countries last week extended a travel restriction banning entry to U.S. tourists for another next two weeks, the New York Post reported.

The plane with the Americans landed Wednesday at Elmas Airport in Cagliari after taking off from Colorado.

The Post, citing a Italian news website, reported that all of the passengers left “out of solidarity.”

“Rules must be respected, but there needs to be some common sense,” Sardinia’s regional tourism official, Gianni Cessa, said after going to the airport in televised comments posted online Thursday by L’Unione Sarda newspaper. 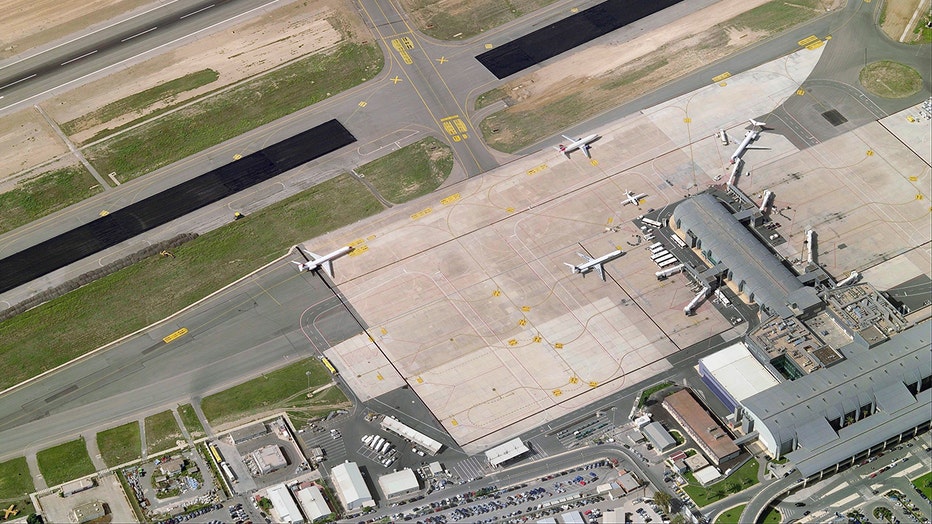 While coronavirus cases are soaring in parts of the U.S., they are mostly under control in Italy, the onetime epicenter of the pandemic in Europe. Sardinia, in particular, has kept its case numbers low.

Sardinia’s regional governor, Christian Salinas, had sought to test visitors upon arrival, trying to balance the island’s need for tourism revenue during the peak summer season with efforts to keep both tourists and residents safe. That proposal fell by the wayside, but Salinas blasted the treatment the Americans received.

In a statement carried by Italian media, Salinas said the interpretation of the travel restrictions “inflicted grave damage to the international touristic credibility of our island and our sense of hospitality.”

The Associated Press contributed to this report. Get updates on this from FOXNews.com.