TAMPA, Fla. - Those living in Tampa probably thought it felt hotter than usual this past month. It turns out they were right. July is officially the hottest month on record for the city.

According to the National Weather Service, Tampa officially set the record for the warmest month and warmest consecutive months since record-keeping began in 1890.

"It does look like we'll see temperatures drop back closer to normal during the upcoming week though as rain chances increase," according to the NWS.

July 2022's average temperature reached 86.3 degrees. Before, the hottest month on record in Tampa was September 2018 at 85.8 degrees. Now, that is in second place. 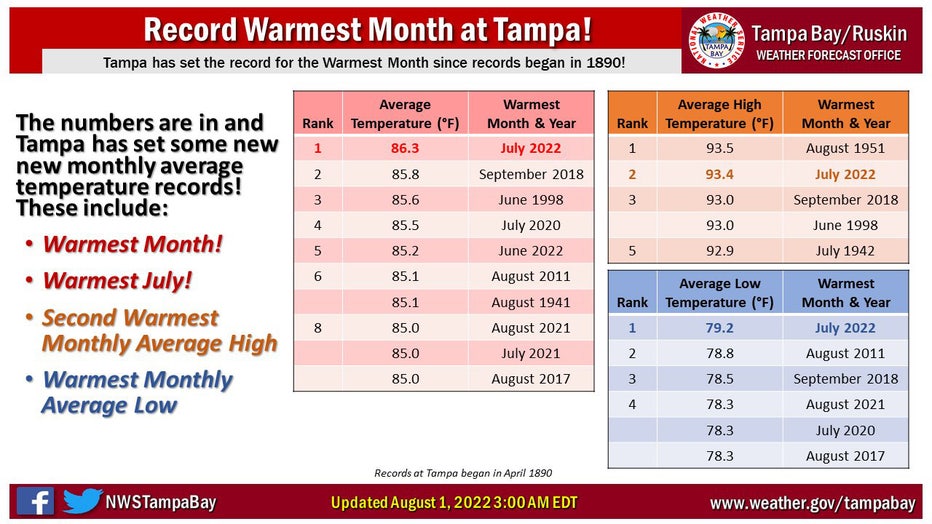 Graphic from the National Weather Service

In addition, Tampa set the record for the warmest consecutive months since 1890. The average temperature between June and July of this year was 85.7 degrees. In second place, July and August 2020 averaged out to be 85.1 degrees. 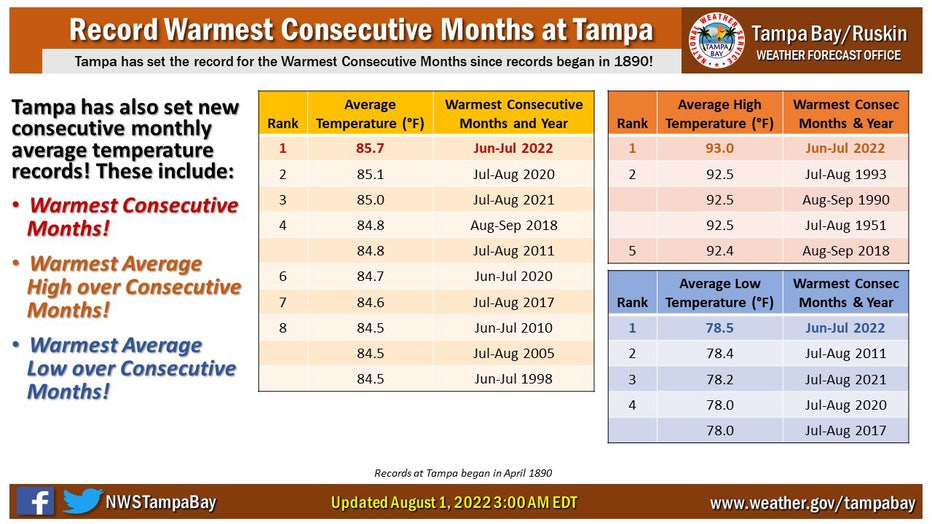