How prevalent is voter fraud, really?

TALLAHASSEE, Fla. - A legal showdown over a controversial state elections law is set to take place next month, after a federal judge rejected efforts to short-circuit a trial in constitutional challenges by voting-rights groups.

The League of Women Voters of Florida, the Florida Conference of the NAACP, Disability Rights Florida and a number of other groups filed a series of lawsuits challenging the measure (SB 90), passed by the Republican-controlled Legislature this spring as part of GOP leaders’ nationwide attempts to make it more difficult for people to vote by mail.

Chief U.S. District Judge Mark Walker on Friday rejected the state’s motion for summary judgment in the cases, saying he needed to hear arguments from both sides during a trial next month so he can decide whether the law meets constitutional muster.

The court’s "task is to balance defendants’ proffered justifications for the challenged provisions against the burdens, if any, those provisions place on those voters for whom the provisions present an impediment to voting," Walker wrote in a 21-page order.

The measure, touted and signed by Gov. Ron DeSantis, was one of the 2021 legislative session’s most controversial bills and came after a relatively smooth 2020 election in Florida. Republican lawmakers in Florida and other states pushed election changes after President Joe Biden defeated former President Donald Trump in 2020, though Trump easily carried Florida.

The challenges focus on several parts of the law that plaintiffs say will make it harder for Floridians to vote by mail.

Lawyers for the plaintiffs allege that the changes are unconstitutional, in part because the "brunt of the harm" will be borne by Black voters, Hispanic voters, elderly voters and voters with disabilities. The lawsuits also allege parts of the law violate plaintiffs’ First Amendment rights.

GOP lawmakers, however, have contended the law was needed for election security. The state argued in a motion for summary judgment that it "was not enacted in a vacuum."

Walker, who consolidated four challenges in a trial scheduled to start Jan. 31, said the plaintiffs "have come forward with evidence suggesting that the challenged provisions impose at least some burdens on Florida’s electorate."

The judge in October ruled that Secretary of State Laurel Lee, Attorney General Ashley Moody and supervisors of elections should remain as defendants in the cases, though he dismissed the officials from some parts of the challenges. 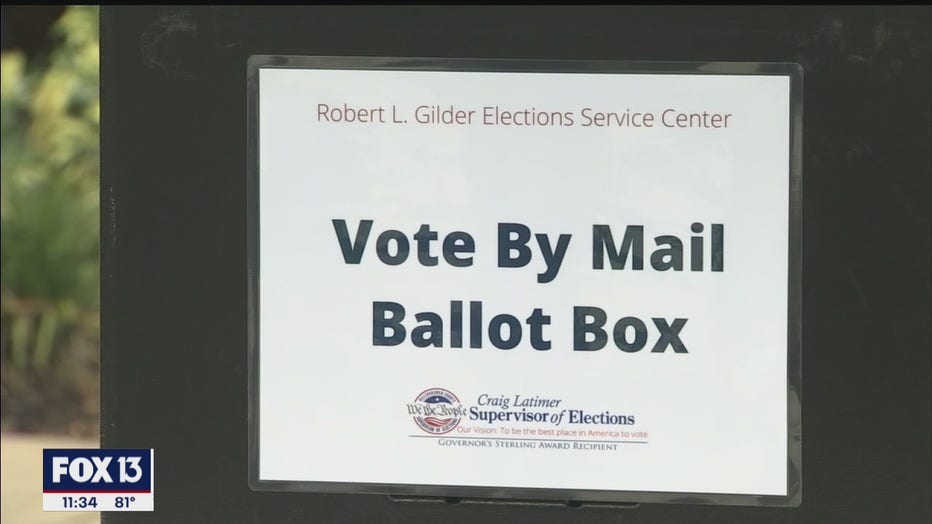 Four parts of the law remain under scrutiny, including a section that sets a new restriction on the availability and use of drop boxes where people can drop off vote-by-mail ballots. Under the law, supervisors of elections must have the boxes staffed at all times and can only use the boxes during early voting hours and at early voting sites. Supervisors who violate the requirement face $25,000 fines.

The lawsuits contend that the restrictions will have a negative impact on people who work during the day and voters with disabilities, who might be forced to bring ballots into early voting sites if supervisors don’t provide drop boxes outside.

The lawsuits also allege that part of the law requiring third-party voter registration groups to provide disclaimers to people signing up to vote is intended to have a chilling effect on groups conducting voter-registration drives.

Another part of the law being challenged imposes restrictions on providing such things as food and water to people waiting in line to vote within 150-foot "non-solicitation" zones outside polling places. Plaintiffs maintain the restriction is "vague and overbroad" and violates the groups’ First Amendment rights.

Summary judgment on that provision "is inappropriate" at this stage, Walker said in Friday’s order.

"This court must determine whether plaintiffs’ conduct implicates the First Amendment after hearing all the evidence at trial," the judge wrote, adding that he "finds it imprudent to address this issue now."

Walker’s order also rejected the plaintiffs’ motions for summary judgment on the non-solicitation provision and the part of the law requiring third-party organizations to warn voters when they fill out registration applications, which the groups also allege violates the First Amendment.

Pointing to arguments made by the state, Walker found that "although a close call, this court finds that material issues of fact preclude summary judgment" for the plaintiffs.

"Florida contends that the registration-warning provision serves a compelling interest: ‘protecting its voters through the dissemination of truthful information so that as many voters as possible may register and vote,’" the judge wrote. "To be sure, plaintiffs vehemently contest defendants’ assertions, but that is all the more reason to address this issue once the record is fully developed."

The upcoming faceoff over the law follows a long line of legal wrangling between voting-rights groups and Republican lawmakers in Florida. While Walker often has sided with plaintiffs in litigation, the Atlanta-based 11th U.S. Circuit Court of Appeals frequently has tossed the judge’s decisions.

In the conclusion of his order denying the parties’ requests for summary judgment Friday, Walker highlighted the importance of next month’s trial by quoting from a landmark U.S. Supreme Court decision in a case known as Reynolds v. Sims. The 1964 ruling required that legislative districts within states be equal in population.

"’The right to vote freely for the candidate of one’s choice is of the essence of a democratic society, and any restrictions on that right strike at the heart of representative government,’" the judge wrote. "Given what’s on the line, the stakes are simply too high to exercise anything less than the most scrupulous caution."