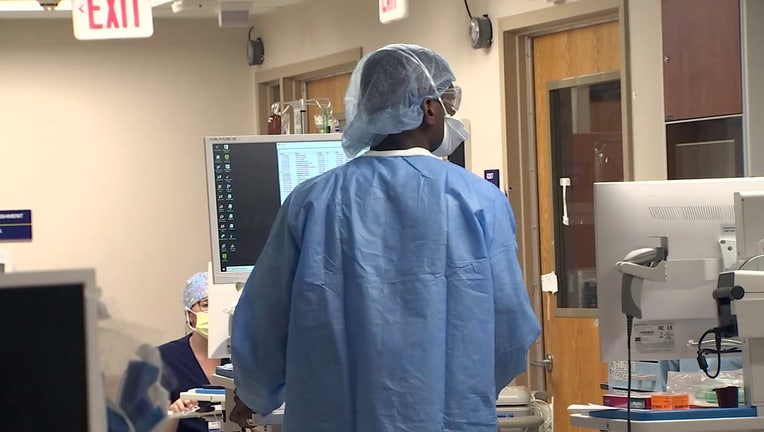 TALLAHASSEE, Fla. - Pointing to a new state law, a federal judge has decided to reconsider Florida’s request for an injunction against a Biden administration requirement that workers at hospitals, nursing homes and other health-care providers be vaccinated against COVID-19.

But lawyers in Florida Attorney General Ashley Moody’s office and the Biden administration indicated they would rather fight it out at a federal appeals court.

The legal wrangling came as the vaccination requirement for health-care workers is poised to take effect Dec. 6 --- and after U.S. District Judge M. Casey Rodgers on Nov. 20 denied a motion by the state for a preliminary injunction or temporary restraining order against the requirement.

The state last week took the case to the 11th U.S. Circuit Court of Appeals and requested that Rodgers issue an emergency injunction against the vaccination requirement while the Atlanta-based appellate court considers the issues.

Rodgers on Saturday refused to issue the emergency injunction but said she would reconsider the state’s original request for a preliminary injunction. The reason: Florida lawmakers on Nov. 17 passed a bill aimed at preventing vaccination mandates, a measure that Gov. Ron DeSantis signed Nov. 18.

In an order Saturday, Rodgers wrote that the state had not informed her of the bill’s passage before she issued the Nov. 20 ruling denying the preliminary injunction or temporary restraining order. Rodgers wrote Saturday that she "will consider it now, given its passage."

"In light of this law, sovereign interests are implicated, most notably a concern that the new state law creates a conflict that forces state-run agency and facility heads to make a decision by December 6 as to which law to follow, which could give rise to an irreparable sovereign injury," Rodgers wrote in the six-page order. "Therefore, the court will hold a hearing on the matter in advance of December 6, out of an abundance of caution."

Rodgers scheduled a hearing Wednesday in Pensacola, where she is based. But attorneys for the state and the Biden administration responded Sunday with a joint motion to "vacate" the hearing, as Florida plans to "pursue expeditiously its previously filed appeal from the court’s denial of a preliminary injunction."

"The parties agree that further district court proceedings on the same motion are unwarranted under these circumstances," the joint motion said.

The federal rule applies to hospitals, nursing homes and other health-care providers that participate in the Medicare and Medicaid programs. Under the rule, health-care workers are required to receive at least one dose of COVID-19 vaccine by Dec. 6 and be fully vaccinated by Jan. 4, with limited exemptions for medical and religious reasons.

Rodgers, who was appointed to the federal bench by former Republican President George W. Bush, wrote in the Nov. 20 ruling that Florida had not shown "irreparable harm" to justify an injunction or temporary restraining order. In part, the state contended the rule would affect state-run facilities, such as veterans’ nursing homes.

"The affidavits (of state officials) in support of the motion include assertions of how the various agencies and institutions anticipate they may be adversely impacted by the mandate," Rodgers wrote in the Nov. 20 ruling. "In particular, the affidavits express opinions of agency heads who ‘estimate’ that they ‘may’ lose a certain percentage or a number of employees, or speculate as to the consequences they will suffer ‘if widespread resignations were to occur.’ However, such opinions, absent supporting factual evidence, remain speculative and may be disregarded as conclusory."

The vaccination requirement is set to affect hundreds of private hospitals, nursing homes and other providers in Florida, in addition to state agencies that provide health-care services. State and industry officials have repeatedly pointed to concerns about staffing shortages.

In a footnote to the order Saturday, Rodgers wrote that "for all practical purposes, the court is holding an evidentiary hearing on the request for a preliminary injunction prior to December 6 in order to adequately address the new (state) law and to hear all of Florida’s arguments and evidence pertaining to a preliminary injunction."

"This should not be construed as an indication that the decision will necessarily change, but because Florida argues irreparable harm could occur before the court can address the merits of the case if widespread resignations interrupt the state-run facilities’ ability to provide necessary services or if federal funding is withdrawn before then, the court will hear all evidence," she wrote.

At least one other challenge has been filed by states to the health-care vaccination requirement. Missouri, Nebraska, Arkansas, Kansas, Iowa, Wyoming, Alaska, South Dakota, North Dakota and New Hampshire joined together Nov. 10 to file a lawsuit in federal court in Missouri.

While the federal government had not filed detailed arguments in the Florida case, it filed a 66-page document in Missouri that cited evidence of vaccinated people in health-care settings being less likely to become infected with COVID-19 and transmit it to others.

"The secretary of (the Department of) Health and Human Services (which includes the Centers for Medicare & Medicaid Services) reviewed this evidence and concluded that action was urgently needed to protect Medicare and Medicaid beneficiaries from the possibility that they would become infected with the virus while they receive care in facilities funded by these programs," U.S. Department of Justice attorneys wrote. "Congress has assigned the secretary a statutory responsibility to ensure that the health and safety of patients are protected in these federally-funded facilities. He accordingly issued a rule to do so."