WASHINGTON - Stephanie Grisham is leaving her post as the White House's press secretary, but she's not venturing far.

She's just moving to the East WIng to work for first lady Melania Trump as her chief of staff. Trump campaign spokesperson Kayleigh McEnany will be joining the administration as press secretary, according to the Associated Press.

Grisham committed to remaining in the West Wing as long as needed to help the transition run smoothly.

“I am excited to welcome Stephanie back to the team in this new role,” Melania Trump said in a news release. “She has been a mainstay and true leader in the Administration from even before day one, and I know she will excel as Chief of Staff."

Alyssa Farah, who had served as a spokesperson at the Pentagon, will be moving to the White House in a strategic communications role.

Lindsay Reynolds, who had served as Mrs. Trump's chief of staff since Feb. 2017, resigned earlier this week to spend time with her family, the White House said.

"I appreciate all that Lindsay Reynolds did over the past three years, and wish her well in her future endeavors,” the first lady said.

It's not uncommon for press secretaries to leave their role before the end of a president's time in office. But for President Trump, this marks the third departure of a press secretary before his first term has even finished.

She took over as press secretary last July after Sarah Huckabee Sanders stepped down. 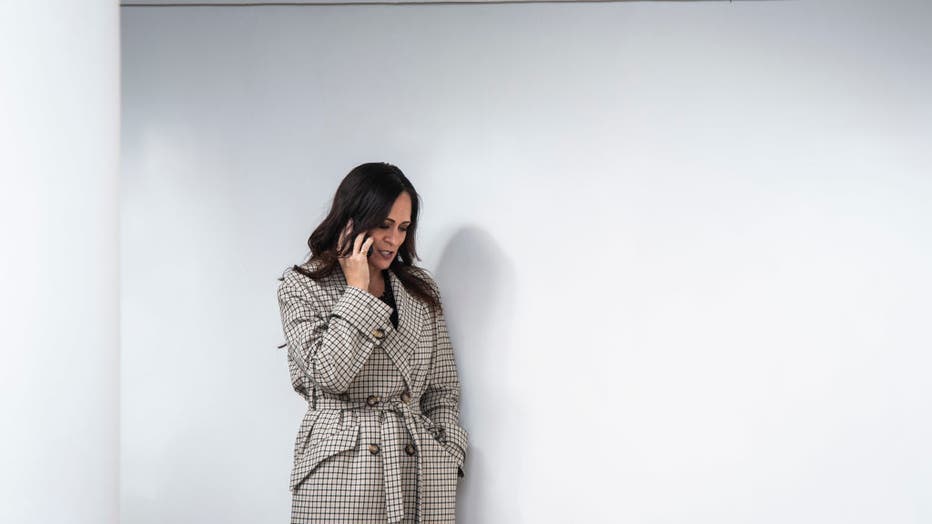 Stephanie Grisham, Press Secretary and Communications Director for the First Lady Melania Trump, talks on the phone before President Donald J. Trump arrives to pardon Peas the turkey during the presentation of the National Thanksgiving turkey in the

Beyond this post, there is an established history of Trump White House officials not holding on to their cabinet positions for a significant amount of time.

Jeff Sessions, who was once Trump's attorney general, was fired in Nov. 2018. Rex Tillerson lasted as Secretary of State until March 2018.

Omarosa Manigault Newman resigned as assistant to the president in December 2017. And John Bolton was fired as national security advisor in September 2019.

Grisham did not actually hold traditional press briefings, which infuriated some outlets. Instead, she relied on communicating through interviews, statements and tweets.

White House press briefings have only recently returned in the form of the near-daily coronavirus task force briefings that Trump often leads himself, FOX News reported.