SHEPHERDSVILLE, Ky. - A Kentucky woman was stuck in her wrecked car overnight after she accidentally drove off the roadway on Monday, according to police.

On the evening of Nov. 8, Nora Thompson was driving northbound on I-65 in Shepherdsville, Kentucky when she suddenly drove off the roadway and down an embankment into a treeline.

Despite her phone suffering heavy damage, Thompson was able to make a FaceTime call to a family member who then contacted the Shepherdsville Police Department, according to police. Thompson was unable to tell her family her location, making it a challenge for search crews to locate her.

"She drove off the side of the interstate, off the guardrail and rested in the treeline," Maj. Jason Paulley, public information officer for the Shepherdsville Police Department, told FOX TV Stations. 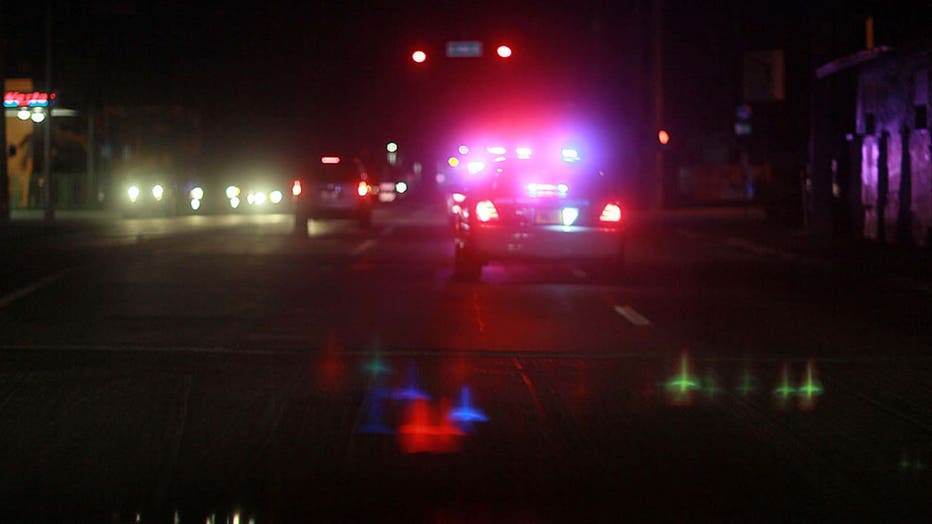 FILE - Police car with its lights on traveling down a street.

RELATED: Man burst into flames after police use Taser on him, authorities say

Search crews worked for several hours with no luck and decided to pick up the search again the following morning when it was light outside.

Thompson was stuck in her car overnight before she was finally located on the morning of Nov. 9, Paulley said. A Louisville Metro Police Department helicopter located her vehicle.

"There was an area of heavy tree coverage and you wouldn’t have been able to see her car unless you physically walked down there and went through the treeline," Paulley said.

Thompson was found in her vehicle which was sitting upright among the trees. She suffered severe injuries and was quickly taken to a local hospital.

It is unclear what caused Thompson to drive off the roadway, Paulley said.

Thompson is still in the hospital recovering but her injuries are not life-threatening, Paulley confirmed.