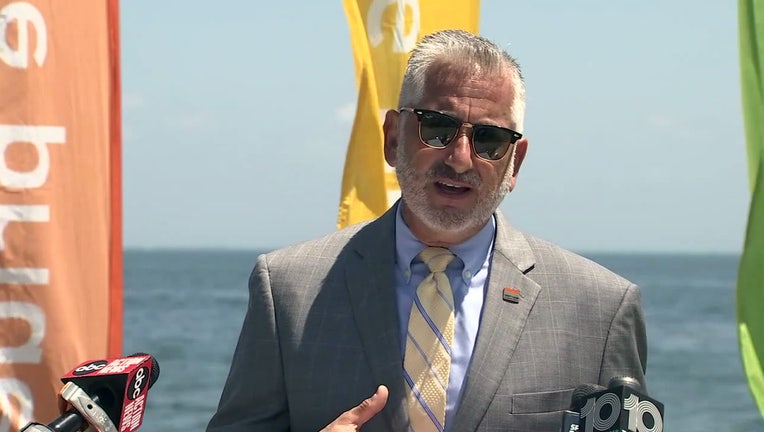 ST. PETERSBURG, Fla. - As he nears the end of his second term as St. Petersburg mayor, Rick Kriseman has his eye on another office – one that could take him to Washington.

"It’s something I’m considering," Kriseman said. "I haven’t made any decisions."

Kriseman is considering a run for the U.S. congressional district currently held by Rep. Charlie Crist. Crist has decided to run for governor, leaving his seat wide open and fueling speculation that Kriseman may make a run for the office.

"I’ve had a lot of people who have reached out to me saying, ‘I want you to run for this, I would support you if you run for this,’" Kriseman continued. "I’ve told them the same thing: I have not ruled it out, but I haven’t made any decisions at this point."

Name recognition could give Kriseman a boost in what’s already a crowded race. His friend and fellow Democrat Ben Diamond threw his hat into the ring last week at an event Kriseman did not attend.

Also in the race and fresh in the minds of voters is Anna Paulina Luna, a strong pro-police Republican whom Crist beat by just 25,000 votes last year.

Kriseman has been a fierce critic of Governor Ron DeSantis and has been extremely outspoken on many national issues.

Political scientists say this race is going to get nasty, with Democrats barely hanging on to their majority controlling the House.

Kriseman says he’s still focusing on "mayor" while tossing the idea around with family.