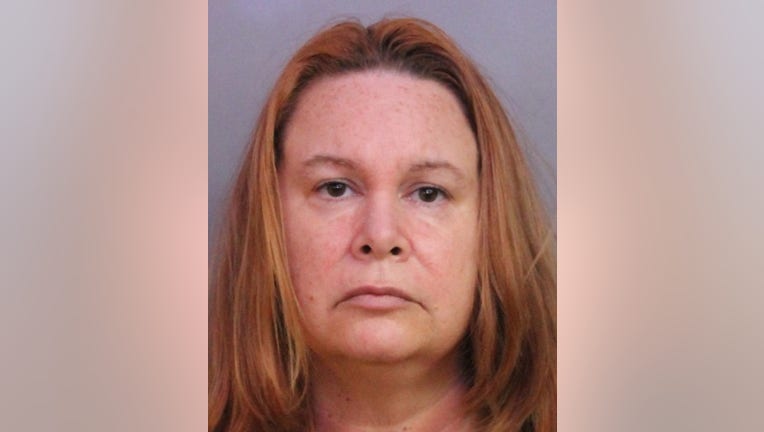 On Thursday, 49-year-old Leslie Bushart was arrested on a lewd battery charge. Detectives said they began investigating on June 19 after the victim's parents reported to the sheriff's office that the sexual encounter occurred on June 6 during a graduation party for the boy's older sister.

Bushart, a teacher at Lake Gibson Middle School, apparently told another person at the party that she performed oral sex on the teen victim, according to her arrest affidavit. That person told the victim's mother, and the mother confronted Bushart.

Detectives said Bushart quickly left the party, and later contacted the victim's mother through a Facebook message. They said she "tried to rationalize her behavior by saying she was drunk at the party."

Detectives said Bushart admitted that she walked away from the party and she attempted to smoke marijuana.

"But was so drunk that she couldn't get it lit,"  according to the sheriff's office, adding she began performing oral sex on the teen after that.

“Leslie Bushart victimized a teenage boy," Sheriff Grady Judd said in a statement. "She betrayed her profession, as well as her friends during what was supposed to be a very special day. There is technically one victim in this case, but the entire family and school community have suffered from this.”

There is no word yet on Bushart's employment status with the school district.