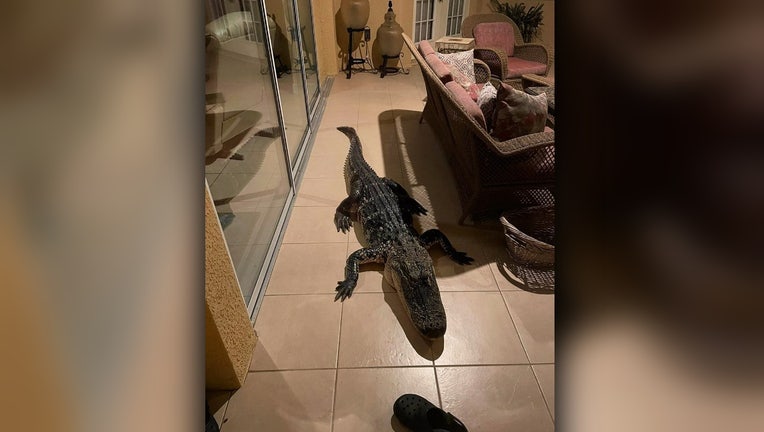 PLANT CITY, Fla. - This is the most Floridian wake-up call ever.

Pamela and Mark Pomfret were sound asleep in their Plant City home when they were jolted awake around 2:30 a.m. Tuesday by banging on their French doors in their bedroom, which lead out to their patio.

When they looked outside, they found the source of the noise was none other than a large alligator on their patio. 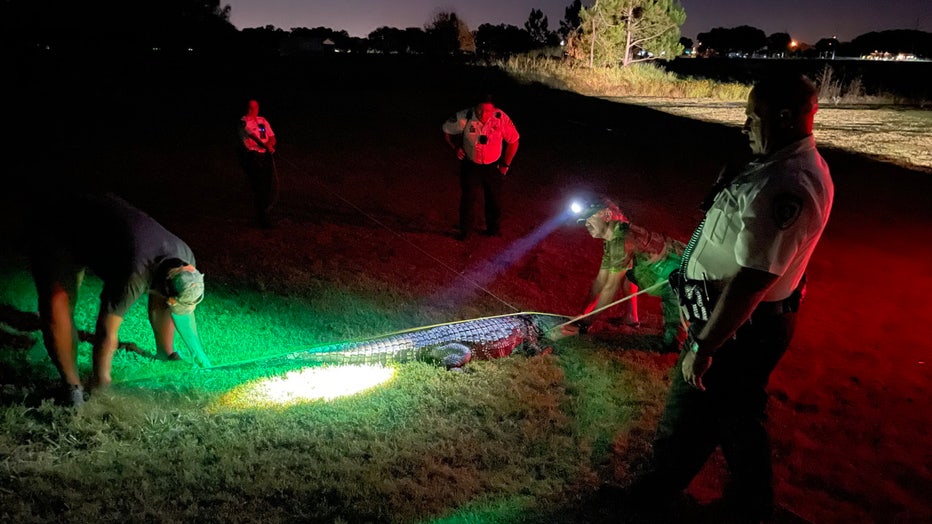 They called authorities, and it took several trappers to wrangle the gator and remove it from their property.

One photo showed trappers loading the large gator in the back of a truck.

It's the latest in a string of gator sightings, which are on the rise in Florida due to alligator mating season, where more gators venture out in search of their mates. 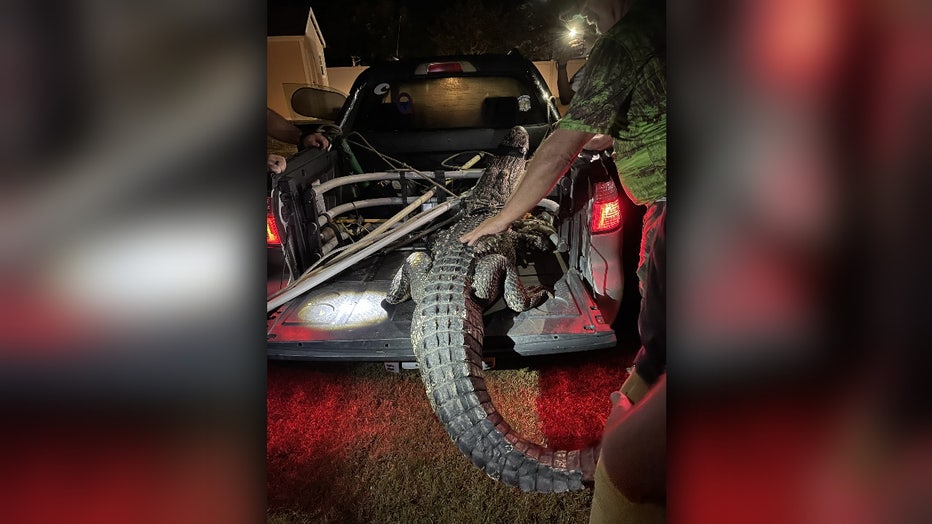 Courtship typically starts in April, with mating getting underway in May or June.