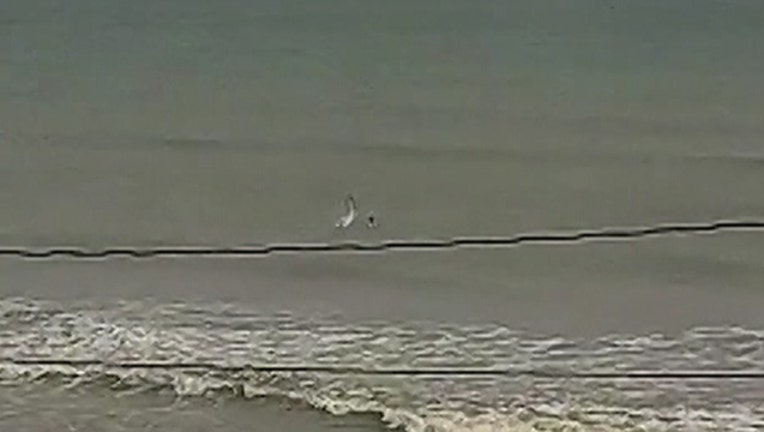 BETHUNE BEACH, Fla. (FOX 13) - A surfer at a beach on Florida's east coast had a run-in with a shark outside the water.

The surfer was in the water at Bethune Beach when a shark jumped up out of nowhere and knocked the surfer down.

A Surfline camera captured the incident.

The shark, known as a spinner shark, is named for its spinning leaps that it makes.

The surfer sustained some bruises but was otherwise OK.