More than 100 life-sized dinosaurs and dragons are on display in New Port Richey.

NEW PORT RICHEY, Fla. - Dinosaurs and dragons are taking over New Port Richey. A life-sized display of prehistoric animals is a fundraising effort by the Museum of Archaeology, Paleontology & Science (MAPS).

"We have over 100 species, some of the dinosaurs and dragons are so large that just one semi was one dinosaur or one dragon," said Charles Zidar, the executive director of MAPS. 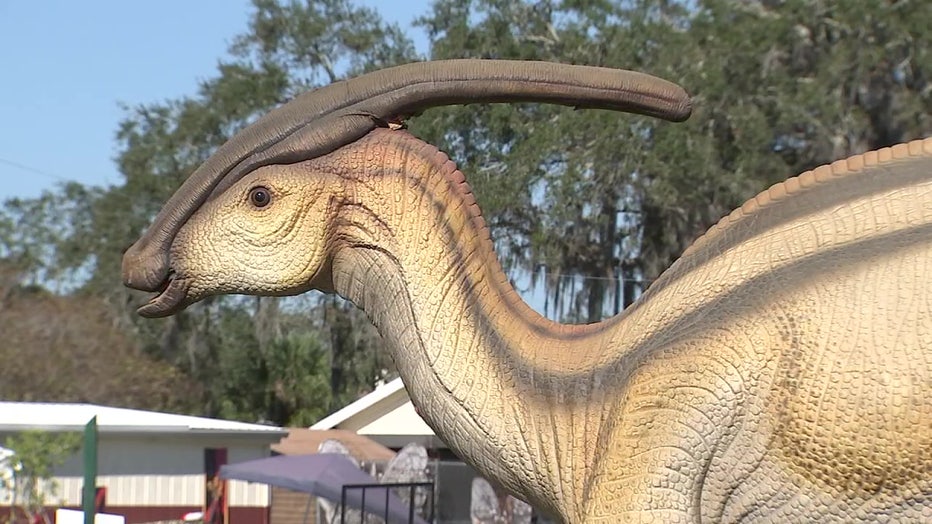 Most of the dinosaurs are animatronic and situated on eight acres at the Harry Schwettman Education Center, located at 5520 Grand Boulevard in Ne Port Richey. Along with the walking trail, there are different buildings to visit.

"We have a Dino lab where we are prepping real dinosaur bones, we’re educating people how Paleontology works," said Zidar.

Part of this display is the fantasy of dragons. 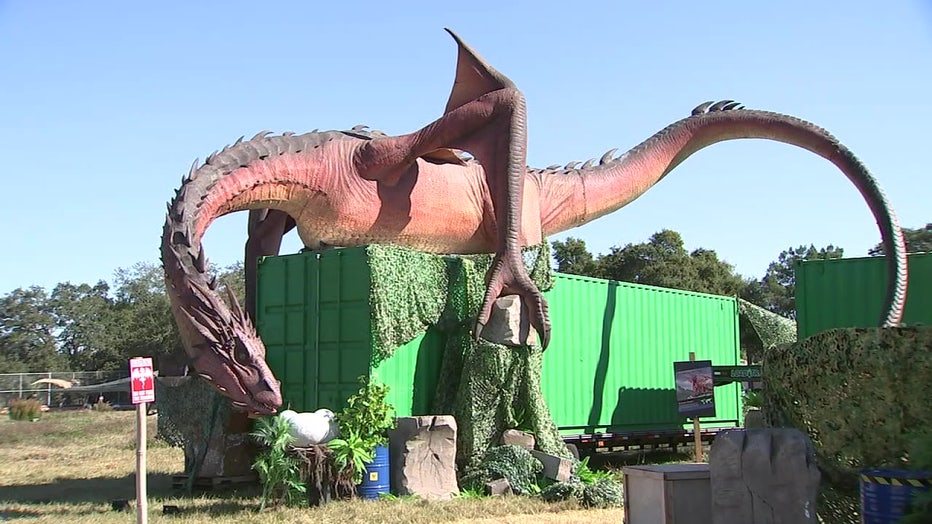 "We’re playing up some of the fantasy, because when they were first finding dinosaur bones in Europe in the mid-1800s, they didn’t know what a dinosaur was, so they thought these must be dragon bones," Zidar said.

By pairing the two, Zidar can provide a fun and educational atmosphere for the whole family. 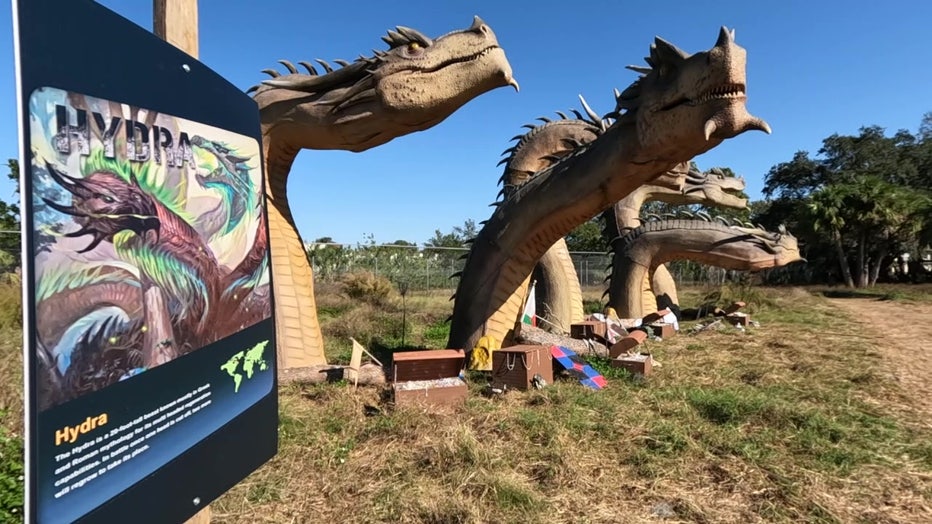 "It’s timeless, kids and adults, I don’t know anyone who doesn’t like dinosaurs," said Zidar.

Zidar is hoping this exhibit helps put MAPS on the map.

"Dinos and Dragons" kicks off Friday, Dec. 9, and wraps up at the end of February. To learn more about ticketing and hours, visit https://www.dinoanddragonsnpr.com/event-info.