Something 2020 got right - Lightning winning the Stanley Cup

MORE: Here's where you can find Stanley Cup gear to support the Lightning's win

Her sons wanted a hat and t-shirt, the same ones the Bolts wore while hoisting the Stanley Cup. After a successful search, McAdams has nothing but gratitude for the team.

"Thank you guys so much for all of the sacrifice you did being in that bubble and thank you for bringing the cup home to Tampa., Go Bolts!" said McAdams.

During a time that has been difficult for many, winning the Stanley Cup has brought relief, even to the team store.

"It's been a strange year, right? And I think one of the ways that people are connecting with the team and they are showing their colors, it’s something we’ve seen round by round and it’s been increasing," said Matthew Zalkowitz Director of Retail with Tampa Bay Sports. "It's been great because we’ve actually had employees come back and work for us because they were sidelined on pause with the pandemic as well and I just think it’s overwhelming and it’s an awesome experience."

The energy is palpable across the Bay Area.

"It's huge for the city and we’ve been saying it all during the playoffs, this team it’s our time it’s been 2004 since we had the Stanley Cup here. It’s got the best fan base here in Tampa Bay by far," said Adam Snyder, the owner of Heads and Tails on West Kennedy. "It’s like no other team and I’ll give credit to the owners of the team. The Vinik's have done a great job putting the team in a position for the fans to enjoy that experience." 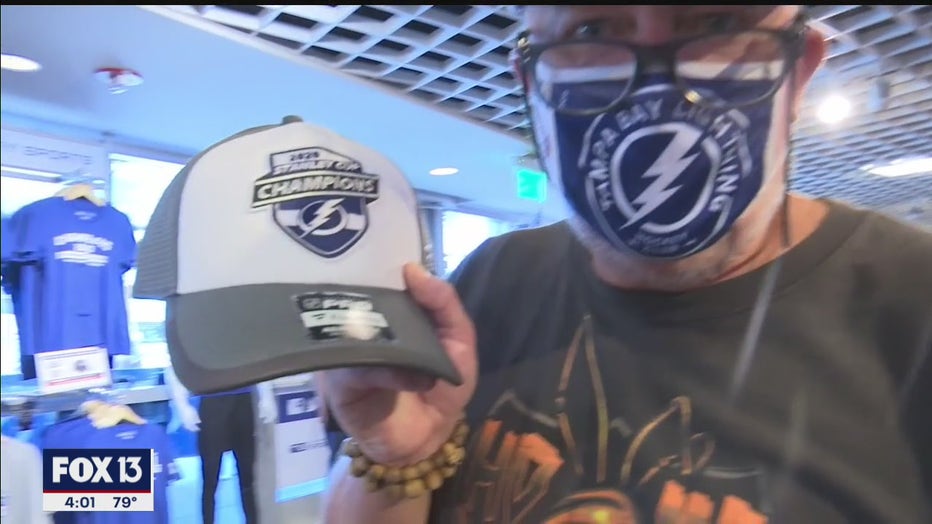 The team has grown up, gotten stronger and always had the drive. After facing a heartbreaking loss in Chicago during the 2015 Stanley Cup Final, it's been five years of ups and downs. From losing twice in the Eastern Conference Finals to missing the play-off run and getting swept in the Stanley Cup round last year, all those moments led up to the cup.

"They pulled it off against the odds and we just have so much talent on this team and they are so awesome I’m looking forward to seeing them at the boat parade tomorrow and at the stadium at Raymond James," said Susan Minnich.