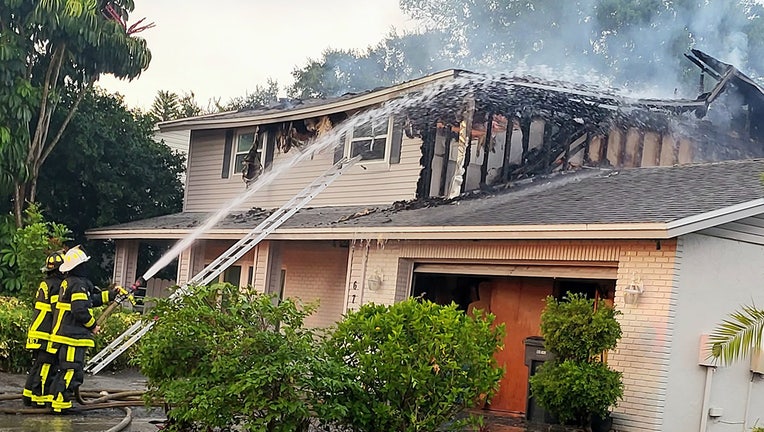 TAMPA, Fla. - A house fire seriously damaged the second floor of a Tampa home, and fire officials said it was a result of a lightning strike.

Thursday, Hillsborough County firefighters received a 911 call around 6:25 p.m. about the fire. The home is located on Twelve Oaks Boulevard in Town 'n' Country. 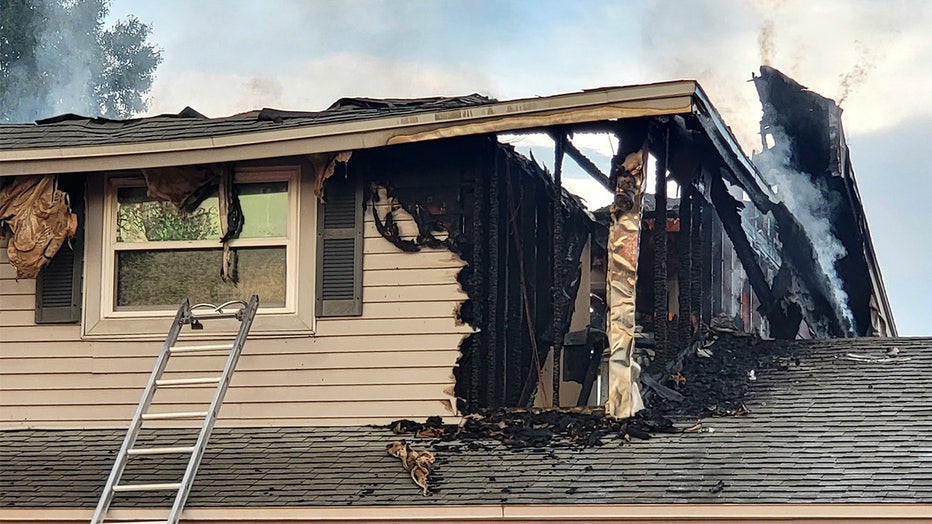 When they arrived, smoke and flames were visible along half the roof. Everyone inside the home was out, firefighters said.

The fire was under control in 25 minutes, according to Hillsborough County Fire Rescue.

READ: What should you do if your property is damaged by lightning?

There were no reported injuries. The cause of the fire was determined to be a lightning strike, investigators said.