Police have identified the mother who was killed after being struck by lightning in Winter Springs on Thursday afternoon. The mother, identified as Nicole Tedesco, passed away from her injuries. Her daughter, 10-year-old Ava Tedesco, was taken to Arnold Palmer Hospital but has since been released. The family's dog was also struck, but survived.

SEMINOLE COUNTY, Fla. - A mother was killed and her child was injured after being struck by lightning in Winter Springs on Thursday afternoon.

The mother, identified as Nicole Tedesco, passed away from her injuries. Her daughter, 10-year-old Ava Tedesco, was taken to Arnold Palmer Hospital but has since been released. The family's dog was also struck, but survived.

"The City is respecting the privacy of the family due to the unfortunate passing of the mother," the Winter Springs Police Department tweeted. "City staff extends our deepest condolences to the family and will keep them in our thoughts and prayers during this difficult time."

The Sanford Airport has created a GoFundMe account to help the family.

An 18-year-old woman was also in the area when the lightning strike happened. She originally said she was OK but later asked to be taken to a hospital.

The Seminole County Fire Department said its crews responded to the area of Park Villa Place shortly before 2:30 p.m. and took the woman and child to the hospital. Seminole County Public Schools later identified the child as a student at Keeth Elementary.

RELATED: Lightning safety tips: Here are the worst places to be during a lightning storm

"Shortly after the scheduled start of dismissal, a rapidly developing storm resulted in the immediate suspension of dismissal procedures. Unfortunately, the Keeth Elementary Cougar and their parent were struck by lightning at/near Trotwood Park," the school district tweeted, adding it was committed to safety precautions during storms.

The district said it would be providing additional counselors at Keeth Elementary to support students and staff impacted. "Our thoughts are with the families, students, and staff," the district said. 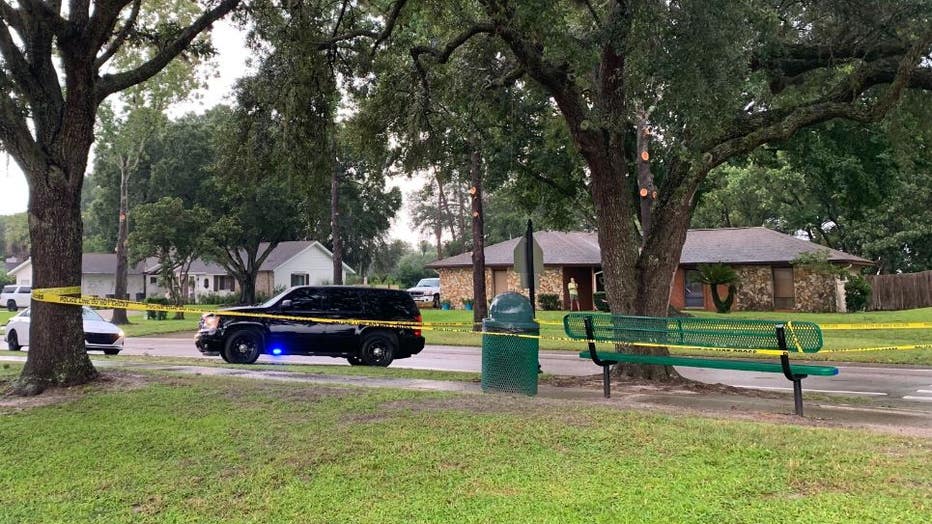 An area of Trotwood Park is taped off after two people were reportedly struck by lightning.

Police told FOX 35 News that Nicole Tedesco and Ava were in the area waiting for another child to get out of school when lightning struck a tree they were near.

The Seminole County Sheriff's Office assisted the Winter Springs Police Department.  Sheriff Dennis Lemma later offered his condolences in a social media post, saying "Please say a prayer for the family who has lost a mother, and all of those involved and affected by today’s storm. " 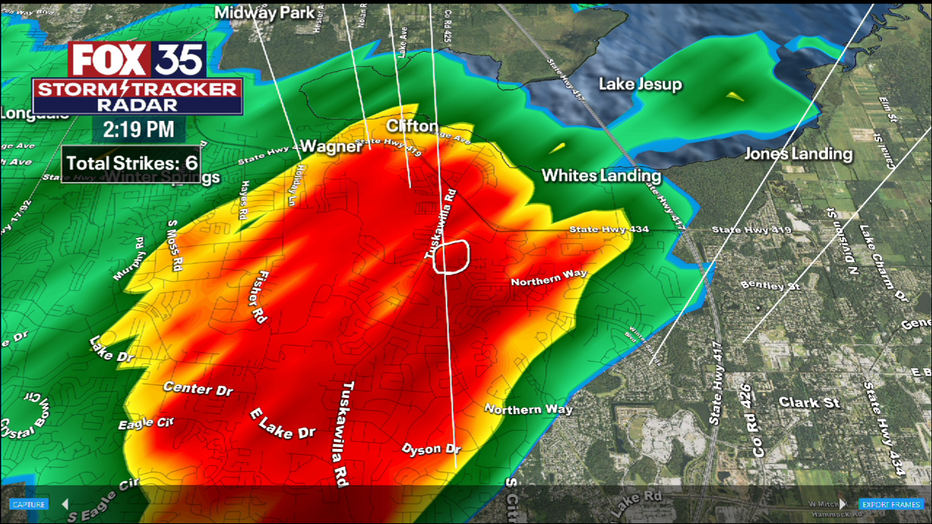 Florida is considered the "lightning strike capital." On average, 10 people are killed by lightning each year in Florida, the most of any state in the U.S. according to the National Weather Service.

Nationwide, there have already been more lightning-related deaths this year than all of last year. There have been 13 deaths across the country through mid-August of 2022, compared to 11 in 2021, according to our partners at FOX Weather. 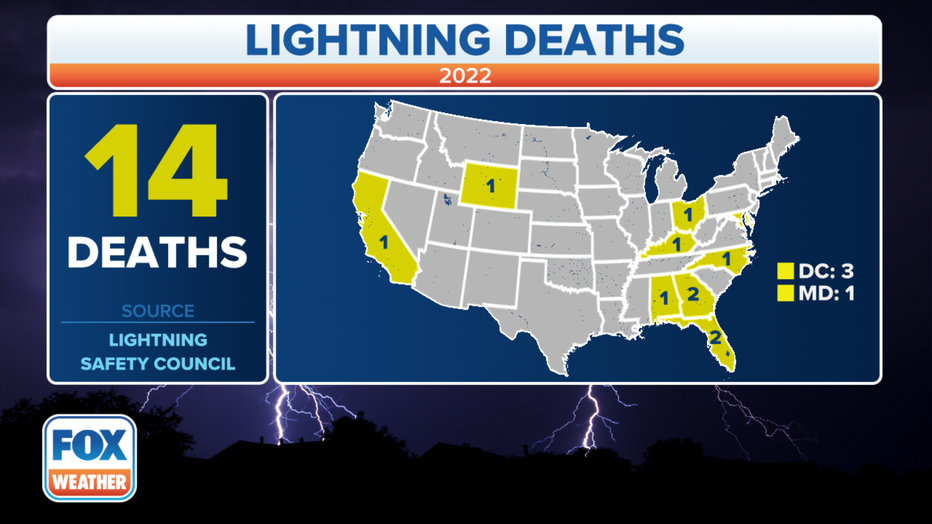 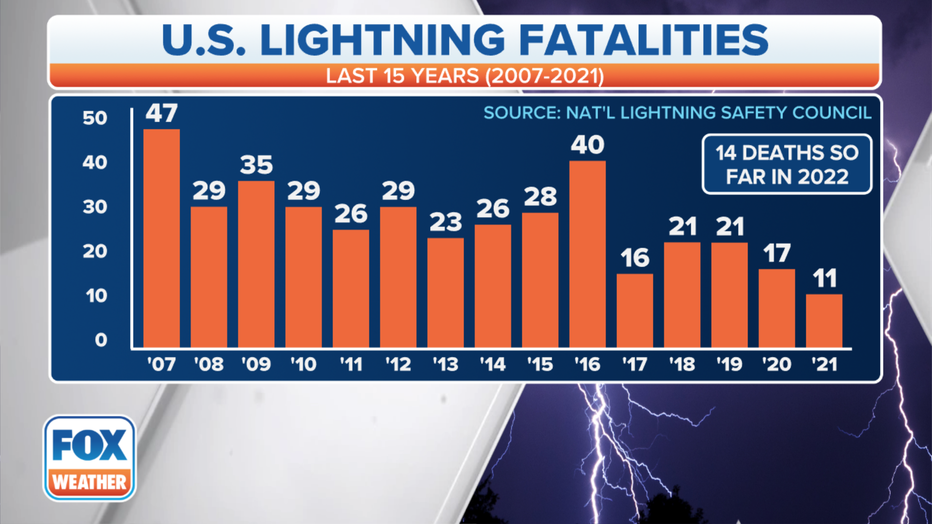