BARTOW, Fla. - The Polk County Youth Fair, now going on in Bartow, is celebrating its 75th anniversary, but this year will be memorable for another reason as well.

A steer will be auctioned off for the highest price ever, a record-breaking $30,000 -- or maybe even more. The steer is being shown by Landon Donley, whose brother raised and trained it, but can’t be there.

Todd Donley was a senior at Haines City High School. Loved ones said he was a great kid who got straight As. He played baseball and football and had dreams of going to the University of Mississippi. He hoped of walking-on with the baseball team.

On Jan. 6, the 17-year-old was killed in a car wreck. According to Florida troopers, an oncoming driver crossed the median and collided nearly head-on with Todd’s vehicle.

His family was in the car behind him.

For five years, Todd and his little brother, Landon, raised steers together for the Polk County Youth Fair. 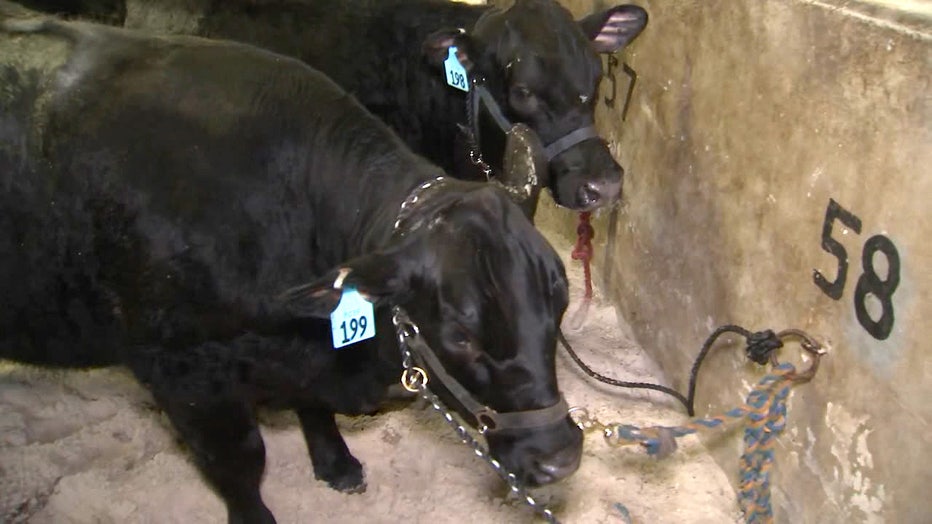 "I always normally had the bigger steer and his were a little bit more crazy," Landon told FOX 13, "but other than that we were always competitive towards each other."

He said it was important for him to continue the tradition, no matter how emotional he may be.

"I am looking forward to it, but at the same time it is probably going to break me down," Landon told FOX 13. "I think I can get through it."

The annual steer auction at the Polk County Youth Fair turned into a fundraiser for a family of a teen who was killed in a head-on collision just weeks before. The teen's brother said they usually raise steer and participate in the auction. He chose to continue that tradition, in memory of the brother he lost.

READ: Lake Wales population predicted to triple in next 10 years

Cary Lightsey, owner of Lightsey Cattle Company, said that as soon as he heard the Donleys’ story, he wanted to make sure Todd’s steer brought top dollar.

"It wasn’t hard to do," he explained. "That day, I was on a horse, working cattle. The first six people I called -- the first one, Kelly Buick, gave us $10,000 immediately. Each person I called was giving $3 a pound. I’m still getting calls from other mothers that just feel sorrow for that family, that’s giving a dollar a pound. So we’re up to about $25 a pound."

"It’s going to help the family," Lightsey said. "Polk County is a big community. It has a lot of little towns. They’re all ag-towns. All the people have got big hearts and they want to help. Not one person I called didn’t offer to help this family."