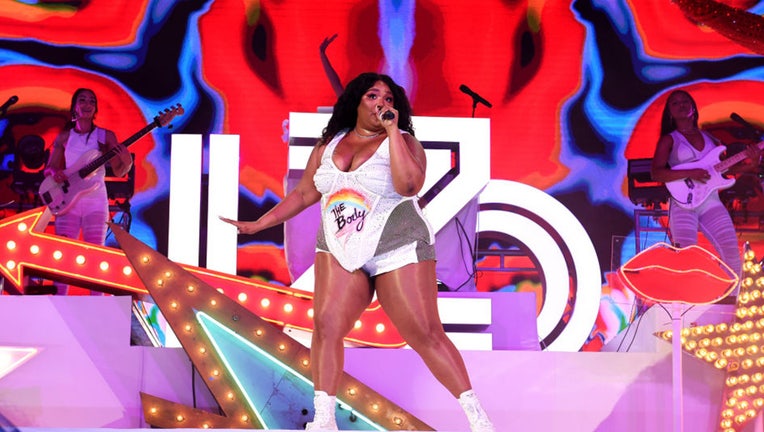 Following the Supreme Court decision to overturn Roe v. Wade on Friday, singer Lizzo, who has avidly voiced her stance against restricting access to abortion and other reproductive care, has pledged $500,000 from her upcoming tour to be donated to Planned Parenthood.

Lizzo also announced in a tweet that Live Nation will match her goal, totaling a $1 million pledge to Planned Parenthood.

"I’m pledging $500k from my upcoming tour to Planned Parenthood and Abortion Rights. Live Nation agreed to match— to make it 1 MILLION dollars," the entertainer said in a tweet.

Lizzo added proceeds from the pledge will also go towards the National Network of Abortion Funds.

Her tour, The Special Tour, kicks off September 23 at FLA Live Arena in Sunrise, Florida, and will end November 18 in Inglewood, California, at The Forum.

Lizzo has been outspoken about reproductive and transgender rights in America as heard by her strong opinions when giving her keynote session at the SXSW Film Festival in March.

Lizzo, a Houston native, said she wasn't "proud to rep" the state's political laws and policies.

"They are taking away the right for young children to have a chance to live authentically as themselves."
"It's a violation of human rights," she added.

She also voiced her opinion on Texas' latest abortion law. The law specifically banned abortion after six weeks, or after a fetal heartbeat is detected.

"The abortion ban is atrocious," Lizzo said. "Mind your business. Stay out of my body."

FOX News and FOX 26 Houston contributed to this report. This story was reported out of Los Angeles.