Made in Tampa Bay: Fireblade Comics

TAMPA, Fla. - Jason Rawley has been building his entire life – whether it was repurposing old toys as a child or creating costumes for himself and his friends.

Adding that to his love of filmmaking and special effects equals his current gig as a prop maker for his company Fireblade Comics. 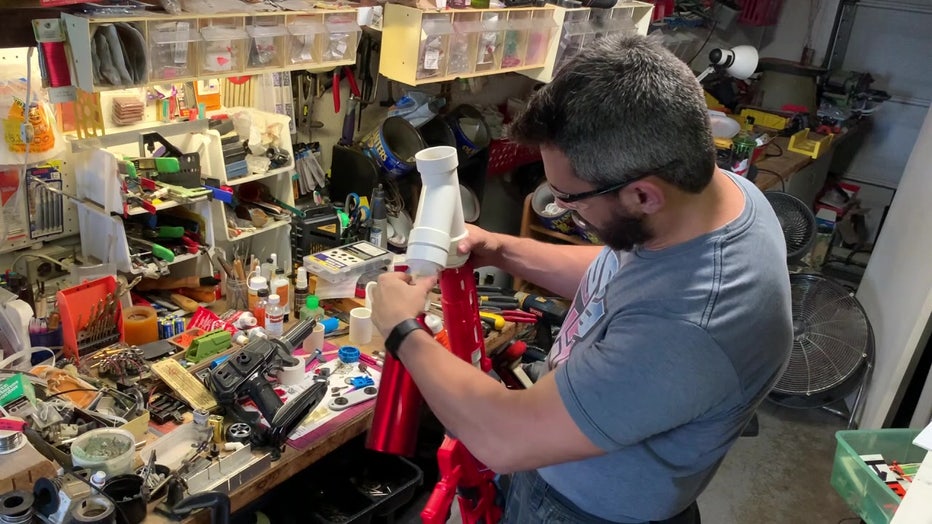 "I call it improv building," Rawley said. "I go to my workshop. I have in my head the concept. I spread parts out on my work table. I just in my head started rearranging them and flipping them upside down and fitting them together and trying to make something that's even common look different, you know, make it look like it's otherworldly."

Rawley has been creating movie props for the last 10-15 years. His current project is for a local science fiction film. A combination of an old radio-controlled toy car controller, sprinkler head, conduit box and a vintage McDonald's Happy Meal toy has been transformed into a blaster for the film.

Those mix of raw parts is quite common for a project. 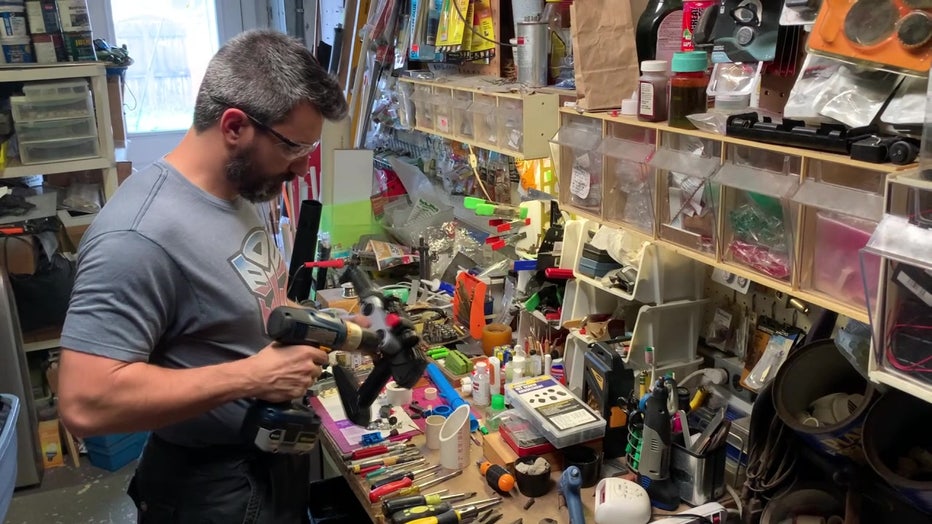 "I've used a lot of unique things in the past," he said. "I have used the parts out of a defibrillator, computer disk drives, VCRs, printers. A lot of those things have unique parts in them that otherwise you'll never see because how many people take apart a disk drive or a computer?"

Rawley's workshop is filled with a bevy of raw materials, from nerf guns to various wires to vacuum cleaners. He recently created weapons and devices for a Dean Cain film "R.A.D.A.R.: The Adventures of the Bionic Dog," which was filmed in Dunedin in April of last year.

"I think the funnest part for me is finishing the project and turning it over to a client and having them be completely blown away by it, and how even when they know that it's made from completely unique found parts, it's still in their mind, looks like something brand new," Rawley said.