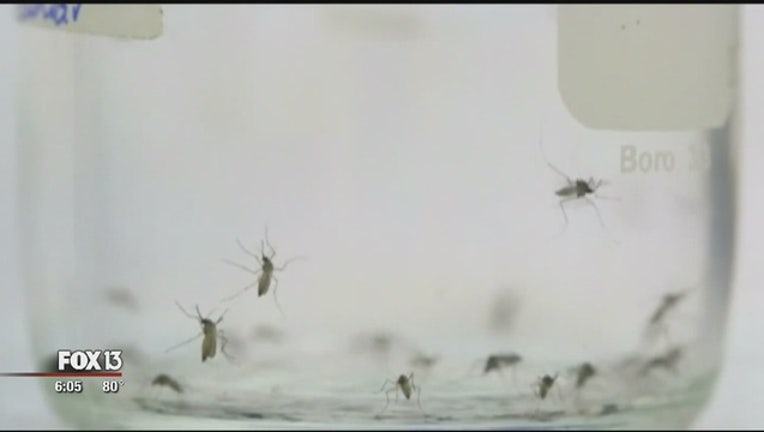 The firefighter's name was not released but the firefighter lives in Pinellas County, said Jason Penny with Tampa Fire Rescue.

The firefighter works at station No. 3 on Kennedy Blvd., Penny said, and the other firefighters from the station tested have negative for Zika. Mosquito control has also sprayed around the fire station as a precaution.

"We do not feel that any firefighter or anybody else is at risk," said Tampa Mayor Bob Buckhorn. "We're confident that every precaution that needed to be taken has been taken and that the particular firefighter will be back on the job and doing the great job that he or she has always done," he said.

Governor Scott announced the non-travel-related case of Zika last week, but the person's identity or the location of the transmission was not released.

Mosquito eradication has become a top priority around the state, with Tampa's mayor urging residents to dump standing water and drain stagnant pools.