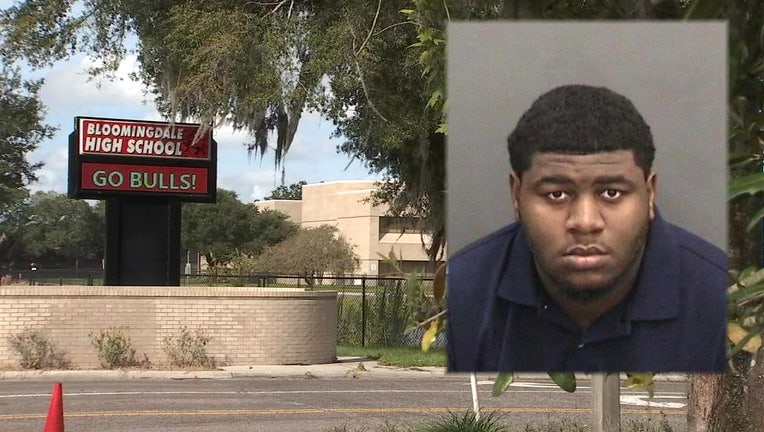 TAMPA, Fla. - Domerell Lott was 18 last April when prosecutors say he caused panic and alarm at some Bay Area schools.

Court documents show he threatened to shoot up Bloomingdale High School, claiming he was tired of being bullied. Later, detectives say, the teen called 911 to report a bomb threat at the Boston Market Restaurant in Brandon.

And the next day, investigators say, Lott called 911 again, claiming he witnessed a black man with a long gun jump the fence at Claire Mel Elementary School. The report shows his call caused a lockdown of the school and 16 deputies responded.

Authorities eventually tracked down Lott sitting near the school in a parked car. A search warrant shows Lott's cell phone was used to confirm he had made all the bogus calls.

During a virtual hearing this morning, Lott’s attorney said his young client may be unfit to go to trial.

"He actually has to get an evaluation from a doctor,” explained Tim Taylor. “We’re working on getting that to State Attorney’s Office once we get it completed.”

Throughout the years, FOX 13 has followed a series of high-profile defendants who have been found incompetent early on, only to return from a Florida state hospital ready to stand trial. Lott may be headed down that path too.

His next court date is scheduled for December 8, 2020.