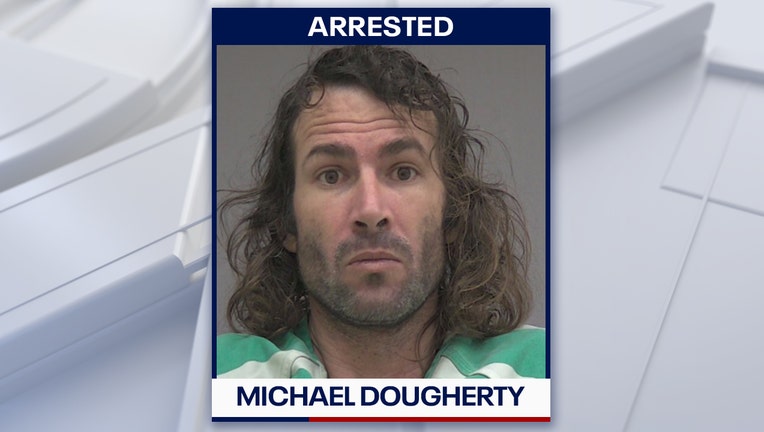 ST. PETERSBURG, Fla. - A man was arrested for attempted murder after a woman was taken to the hospital with a hatchet protruding from her head, Pinellas County deputies said.

The Pinellas County Sheriff's Office said deputies responded to 24th Street North in St. Petersburg in reference to the attempted murder at around 10:36 a.m. on Tuesday.

Deputies found the 56-year-old woman with a hatchet protruding from her head. According to detectives, she was taken to a local hospital with life-threatening injuries.

The suspect, later identified as 40-year-old Michael Dougherty, fled from the scene before deputies arrived, PCSO said. Detectives said they were able to find Dougherty's vehicle near Gainesville on Tuesday.

The suspect will be taken to the Pinellas County Jail at a later date, PCSO said. Deputies did say the investigation remains active.