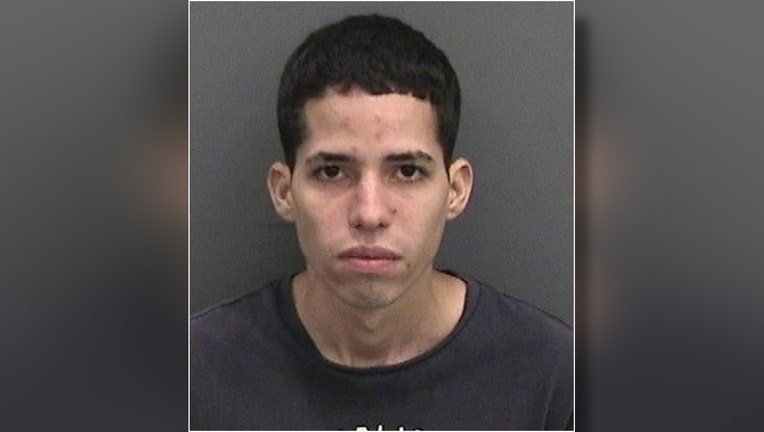 According to the Hillsborough County Sheriff’s Office, Del Hoyo was driving a gold 2007 Kia Rondo station wagon eastbound on 136th Avenue E., heading toward 20th Street N in Tampa when he ran the stop sign and struck another vehicle that was traveling northbound on 20th Street N.

The impact sent both vehicles toward the northeast corner of the intersection. That’s when Del Hoyo’s car hit a bicyclist who was riding southbound on 20th Street N.

The bicyclist was taken to Tampa General Hospital with life-threatening injuries. The driver of the other vehicle was taken to AdventHealth with minor injuries.

Deputies say Del Hoyo fled the scene on foot and was picked up by a friend who was passing by the crash.

"Under no circumstances should a driver ever flee from the scene of a crash, and Hector Del Hoyo will be charged to the fullest extent of the law for the crimes he committed," said Sheriff Chad Chronister. "My heart is with both of these victims and their families whose lives changed in a matter of seconds because of his reckless decisions."

Del Hoyo was in jail as of Sunday afternoon.