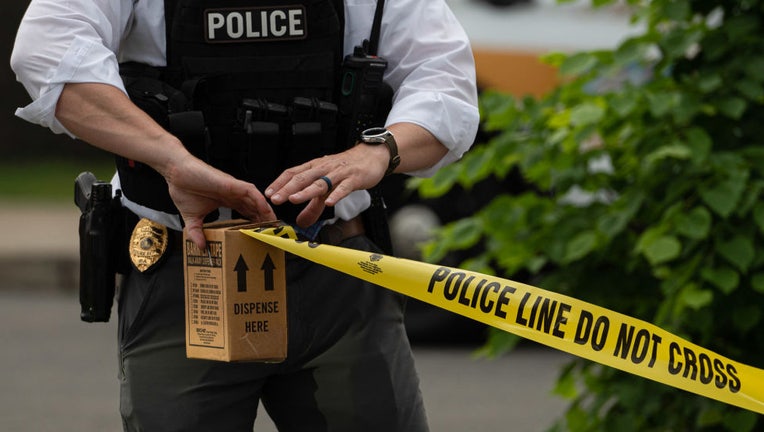 FILE-A police officer pulls police tape at the scene of an incident. (Photo by Aimee Dilger/SOPA Images/LightRocket via Getty Images)

MYRTLE BEACH, S.C. - A man died after trying to do a handstand while on a balcony at a hotel last week in Myrtle Beach, South Carolina, WPDE-TV reported Wednesday.

The South Carolina news outlet cited a release from Chief Deputy Coroner Tamara Willard.  She reported that Markell Hope, of Akron, Ohio, fell from his 15th-floor balcony at the Patricia Grand Hotel while attempting the act on Sept. 30 around 3:30 p.m.

Willard shared in the release that the 34-year-old man died at the scene from his injuries. Myrtle Beach Police are investigating the incident, WPDE reported.