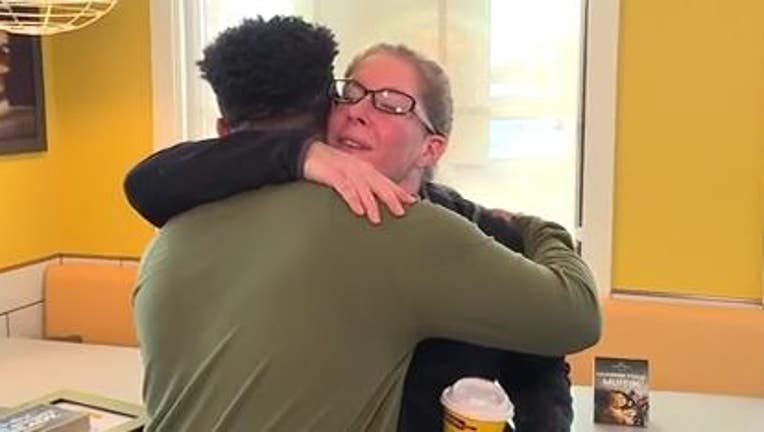 Cody Byrd, 24, and Heather Owen, the mother of the 8-year-old girl, are seen embracing. [WGHP]

GREENSBORO, N.C. - A North Carolina college student who a couple says saved their 8-year-old daughter from being kidnapped was honored Tuesday with free food for a year at the restaurant where he helped prevent the abduction.

North Carolina A&T graduate student Cody Byrd, 24, received a “Good Citizen Award” at a ceremony presented by the Biscuitville restaurant chain. Byrd will eat free for a year, and he shared his first free meal with his mother on Tuesday, news outlets reported.

Byrd was dining at the Greensboro location in December when he noticed a man watching the child, he told news outlets and police. Byrd said he was “not feeling right,” after he saw the man “just staring at the girl,” according to an interview with WGHP-TV.

He noticed the suspect follow her toward the restroom and try to grab her as she walked out, Byrd has said. He confronted the man and he let the girl go and tried to escape. Byrd managed to take photos of him, his car and his license plate.

Byrd’s images helped police police track down and arrest Timothy Jon Fry, 55, about an hour later, Greensboro police spokesman Ron Glenn told news outlets this month. Fry is charged with kidnapping and taking indecent liberties with a child and remains in the Guilford County jail on a $300,000 secured bail, police said. It’s unclear whether he has an attorney who can comment on his behalf.

Rick and Heather Owen, the parents of the girl, were present at the ceremony Tuesday and praised Byrd’s actions. 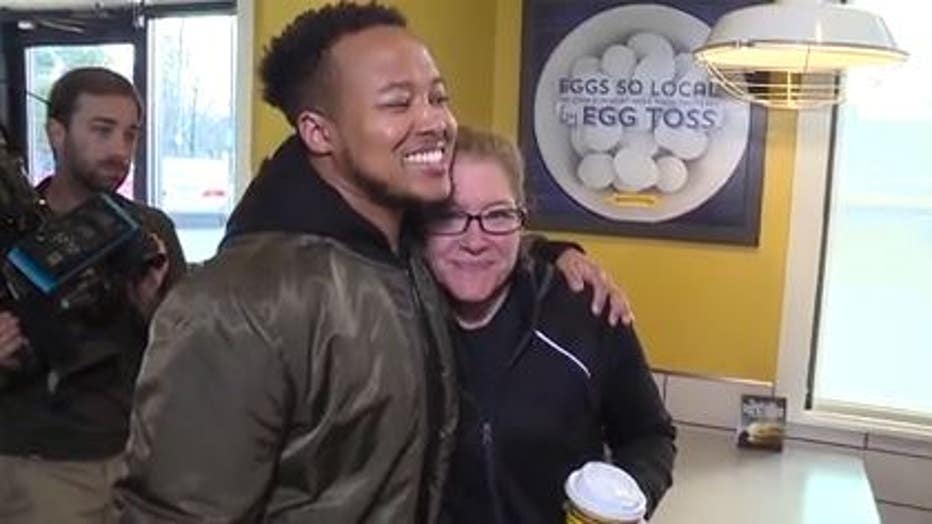 “He just automatically knew what to do,” Rick Owen told news outlets. “He’s a true hero.”

Byrd added that everybody should feel responsible for looking out for children.

“Make sure they’re protected because it’s not just the parents’ job to protect them it’s everyone’s,” he said following the ceremony.