WAUCHULA, Fla. - A Wauchula man is showing us all what it truly means to give by auctioning off his most prized possessions, including an antique sportscar and a boat. In total, $100,000 he raised is going to support his church.

For the last three years, Chas Crutchfield has been meticulously restoring the 1969 Ford Mustang.

"A lot of them are like 'Man, are you serious? You're giving your car away?' I'm like yeah," Crutchfield said.

He auctioned it off for $48,000 and gave all the money to the First Christian Church in Wauchula.

The money is helping put a dent in the church’s building fund for their new $2 million addition. The church is simply overflowing with members and in need of a new space, especially for the youth and young kids.

"I knew that was the only way that my wife and I would be able to help in a big way," Crutchfield said. 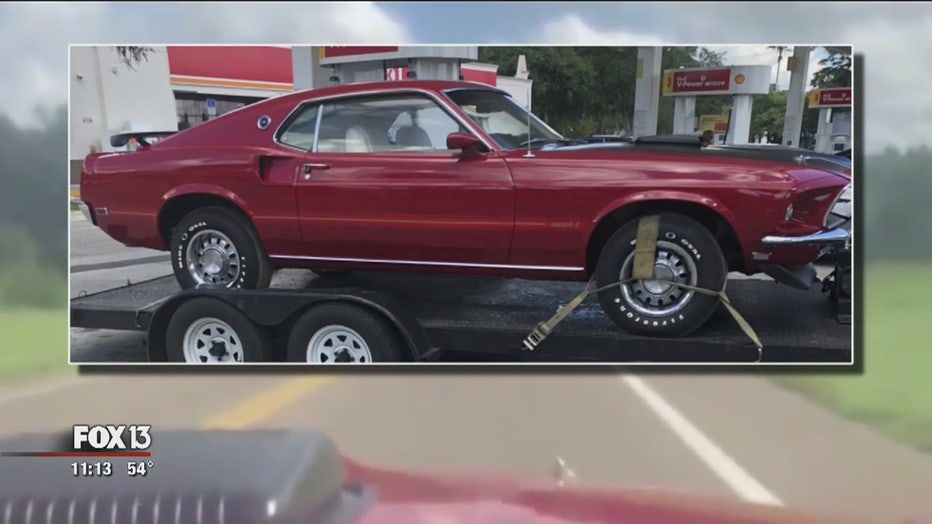 However, Crutchfield says his Mustang just wasn’t enough. He's also selling his boat for roughly $30,000 and his AK-47 rifle he's hoping to get $1,500 for. He's cashing in on his family's most prized possessions all for his church family's new home.

"That was pretty amazing. That's pretty incredible for me to hear as a pastor," First Christian Church Senior Pastor Darin Canary said.

Word of Crutchfield’s generous contribution quickly spread and now other members are joining in.

"We have two other guys with classic cars. One of them has already sold his. Another classic cars is going to be sold. We've had people who have already done garage sales," Canary said.

Crutchfield says the feeling of giving back is worth more than any amount of money.

"These are just things. It means I can spend more time with my family," Crutchfield said.

So far, the church has raised about $300,000 and they have about $650,000 in commitments. Once they reach at least $1 million, they plan to break ground on phase 2 of the construction project.