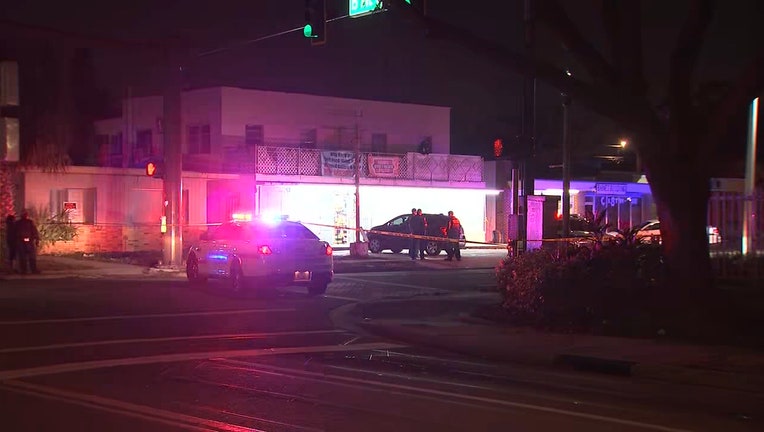 ST. PETERSBURG, Fla. - St. Pete police are investigating a deadly shooting that took place at a store in the early-morning hours of Thursday.

Police said they responded to Kay Food Store, located at 1421 22nd Street South, around 3:36 a.m. The report they received said a man was bleeding.

When they arrived, they located the individual and he was taken to a hospital with a life-threatening injury. Hours later, police said he died.

The victim has since been identified as 40-year-old Demond Tyrone Boykins.

Officers said they are in the early stages of the investigation. No other details were provided including a possible suspect description or identity.

The events leading up to the shooting remains under investigation. Anyone with information is asked to call the St. Petersburg Police at 727-893-7780.

The shooting occurred within a day after city leaders and victim families called for an end to gun violence. Their Wednesday meeting was in response to recent shootings over the last three months, which have resulted in at least four deaths and left several others injured, including a St. Petersburg police officer.