BRANDON, Fla. (FOX 13) - Hillsborough County deputies are searching for the gunman who killed a man outside a party at an Airbnb rental house.

It happened on Red Fox Lane in Brandon Friday. This is the second time in less than a month that someone died following a party thrown at an overnight rental.

Neighbors had no idea the house was an Airbnb rental property.

Some want to know if there is a way to crack down on out-of-control parties that happen at homes like this.

"About six or seven gunshots went off and all the kids went that way," neighbor Jim Scanlon said.

He says the Brandon community is quiet and family-friendly. This shooting, he says, is out of character and disturbing.

This marks the second time that a recent party at an Airbnb led to gunfire. Investigators say a dispute at a Valrico home last month escalated after some teenagers left the party and 14-year-old Dinorah Rodriguez was shot and killed.

"It's actually kind of shocking that it's such a quiet, nice neighborhood," said Jeff Landreau.

Some now wonder whether there needs to be a crackdown on teens turning short-term rentals into party houses.

Landreau thinks so. He is currently renting a house in Valrico and also owns an Airbnb property in Lake Tahoe, California.

"I think that this day and age there has to be some technology to be able to figure out if there are teens out there renting for house parties," Landreau said.

Airbnb has an 18-year-old age requirement to rent a home. Homeowners can set limits on occupants and durations-of-stay.

According to the Florida Vacation Rental Management Association, state law prohibits local governments from altogether banning rentals. However, city and county governments can - and often do - pass their own rules.

"The way that some communities, especially in California, have regulated is that there's a fine associated with it. It hasn't completely gotten rid of the problems, but I think it has helped," Landreau said.

Hillsborough has no such laws. Commissioners said they do not foresee passing one any time soon, but that can change if communities start complaining.

Landreau has his own solution: "We try to rent to families."

Airbnb issued the following statement to FOX 13 News: "Hosting is a big responsibility and we are committed to helping our community members be good neighbors in the places they call home. We encourage hosts to outline clear rules regarding minimum night stays, noise, parties, and events and we will take appropriate action when our Community Standards have been violated."

The owner of the home on Red Fox Lane says only six guests were scheduled to stay there and most of those partygoers didn't have permission to be there. 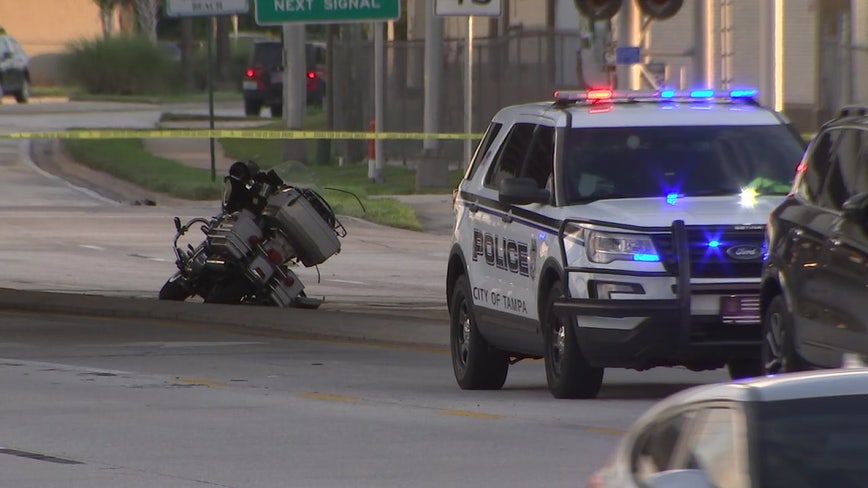