TAMPA, Fla. - A Hillsborough County man went from feeling bad one night to eventually ending up in a coma due to COVID-19, and his wife is calling his recovery a miracle.

Today, Stephen Daneman, 68, is awake, smiling, sitting up and talking, but his wife, Leida said it took months to get to that point.

"He couldn’t talk. He couldn’t hold anything. He had no strength in his arms. He was bedridden of course," said Leida Daneman.

Married nearly 41 years, Leida said her husband fought for his life against COVID-19. She said he went to St. Joseph Hospital North soon after Thanksgiving after not feeling too well.

Stephen went on a ventilator and dialysis, then near the end of December, he ended up in a 10-day coma. 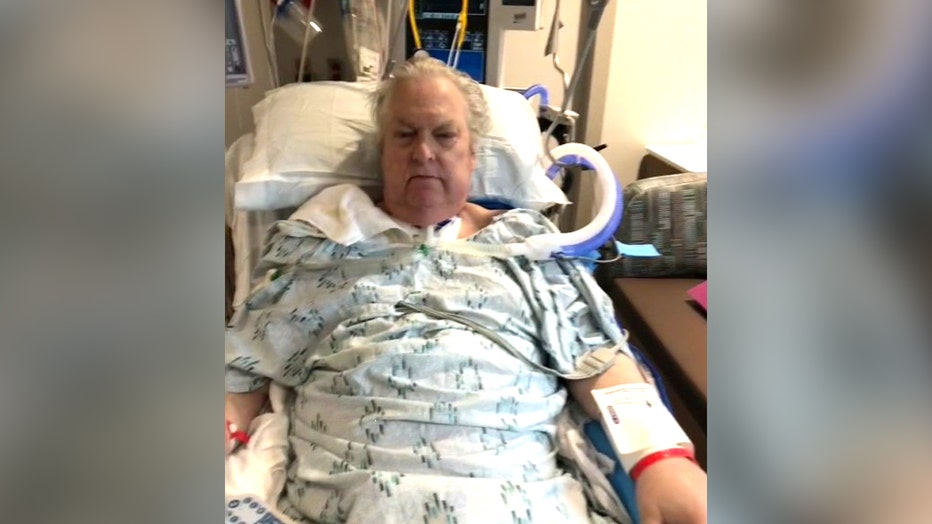 Since the New Year, Stephen has lived at the hospital and care facilities in Hillsborough County.

"He’s very independent and having to rely on nurses and aides to do things for him. It’s hard for him," said Leida.

She said Stephen is improving with physical therapy, and thinking of his family and grandchildren drives him every day.

The Danemans said it has been a severe experience, but they want other families going through something similar to know one thing.

"I just want to give them hope. Talk to your loved ones. If they’re in a coma, talk to them, have the phone to their ear and tell them that you love them and fight, to fight with all their might," said Leida.

Daneman said Stephen’s mother died from the virus last December, so it has been a difficult time for their family. But Leida said they are looking forward to reuniting with Stephen in their own home again soon.