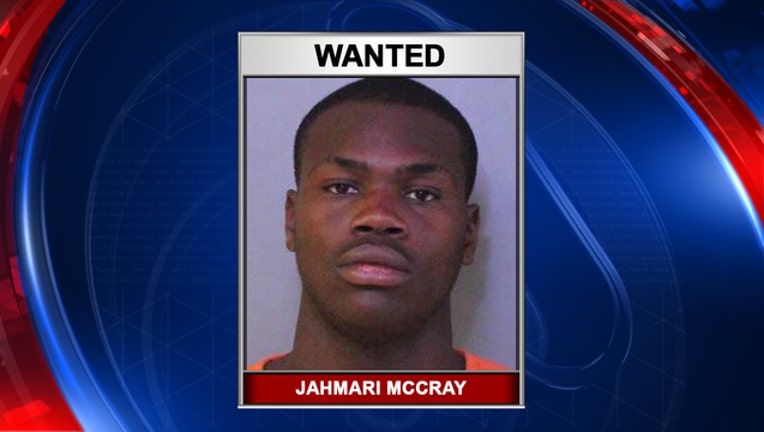 WINTER HAVEN (FOX 13) - A suspect has been named in the apparently random shooting of a 62-year-old woman at a Circle K gas station in Winter Haven December 10.

The Polk County Sheriff's Office says an arrest warrant has been issued for 27-year-old Jahmari McCray for attempted murder and other charges.

The shooting happened just after 5 a.m. Sunday, December 10 at the Circle K on Spirit Lake Road.

Investigators say the woman was sitting in her car when she was shot and there was no evidence of a robbery. The suspect apparently took off on foot.

Deputies say Jahmari McCray is to be considered armed and dangerous. McCray is described as being 5'10" tall and weighing 180 pounds.

Or to remain anonymous and receive a cash reward, call Heartland Crime Stoppers at 1-800-226-TIPS.

McCray faces charges of attempted murder, carrying a concealed firearm, possession of a firearm by a convicted felon, and discharging a firearm in public.