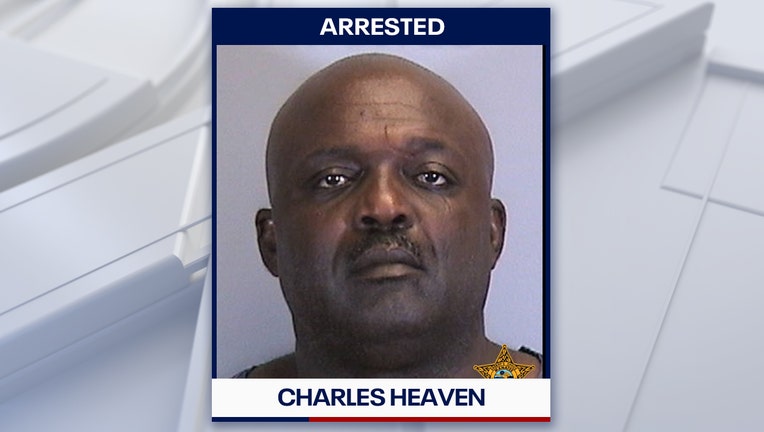 Booking image for Charles Heaven for a previous arrest

BRADENTON, Fla. - Investigators were searching for a man accused of shooting and killing his daughter's boyfriend at a Bradenton apartment complex Tuesday evening. Now, he is behind bars.

According to the sheriff's office, 48-year-old Charles Heaven turned himself in Wednesday morning and confessed to the murder. Deputies said Heaven showed up at his daughter's apartment at The Venue at Lockwood Apartments at around 7 p.m. Tuesday while her boyfriend, 30-year-old Keith Smith was there. An argument broke out between Heaven and Smith.

The two ended up outside the apartment building when Heaven pulled out a gun and shot Smith in the upper torso, according to Manatee County deputies. Smith was rushed to Blake Medical Center, but died from his injuries.

Heaven ran off after the shooting. There was initially a $5,000 reward being offered by Gold Star Club of Manatee County for information leading to his arrest.