TAMPA, Fla. - The encounter between Luis Santos-Santiago and a Black teenage victim in a Seffner neighborhood last June would lead him to a Tampa courtroom 14 months later.

The teen and his family, who we are not being identified, had their lawyer, Carter Anderson, read a statement written by the victim’s mother during Santos-Santiago's sentencing hearing Tuesday.

"My son was emotionally distraught because he was wrongfully profiled. As an African American mother, we have to have different conversations with our sons about defusing situations, about keeping your hands up if you are stopped," the statement said. "I hope people hear this and change the narrative of judging young Black men."

At his sentencing, held virtually, Santos-Santiago tried to explain to Hillsborough County Circuit Judge Lyann Goudie why he stopped the teen.

A Hillsborough County man is charged with false imprisonment after holding a student against his will and lying to law enforcement about having witnessed the student committing crimes, the state attorney's office says.

Judge Goudie asked, "So, what you are telling me is you cannot tell you were talking to a young Black male?"

Santos-Santiago replied, "At that point, yes, your honor, not at the time I was driving," disputing that he racially profiled the teen.

But prosecutors say that’s exactly what he did.

They say Santos-Santiago stopped the victim, who was on his way to basketball practice, on the morning of June 5, 2020. He called 911 while illegally detaining the teen.

"I have somebody breaking into cars. I got him with his hands up," Santos-Santiago told a dispatcher.

Last month, he pleaded guilty to a reduced charge of assault with prejudice, a third-degree misdemeanor. 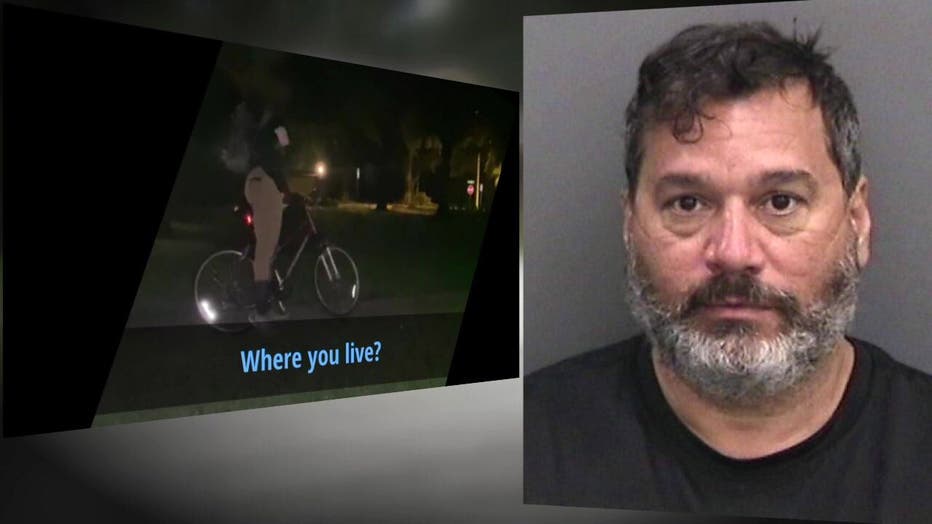 Aware Santos-Santiago had never been in trouble before, Judge Goudie could have decided to withhold adjudication, which means the defendant would not be convicted of the crime.

But after questioning Santos-Santiago, she decided she would adjudicate him guilty and followed up with empathy for the victim.

"Except for my gender, I don’t wear my minority on my skin, OK? I can't even imagine what it’s like to be a Black person living in our country, being profiled, being stopped, being assumed that they're up to no good," said Goudie.

Under the plea agreement, Santos-Santiago will serve 12 months probation and have to write a letter of apology to the victim.