BRADENTON, Fla. - Plumbing problems, mold, and crowded kennels are just a few of the problems Manatee County Animal Services has faced for years.

It's been on the same piece of property since 1940. A new shelter at a different location was in the plans, but one county commissioner has had a change of heart.

"I would like for us to look at animal services and maybe revamp," said Vanessa  Baugh. "Yes, there's things we need to do according to statue even. But one of the things that we should not be doing is having animals that we are keeping for years. That’s not our job. It's not the taxpayer's job. I think we need to look and see if there's a better way of doing things."

In April 2019, Manatee County commissioners unanimously approved $8 million in funding for a new shelter. Two million was to be raised by Animal Network Inc.

The new shelter was to be built on State Road 64 at a vacant county-owned property.

"We have enough land there, we could totally build a new shelter there. We don’t need to move and buy new property and spend huge millions of dollars for a new shelter. Yet we could have a new shelter. That’s being done in a time when this county is looking at many many things that are truly needed for our citizens. That comes first," she said. 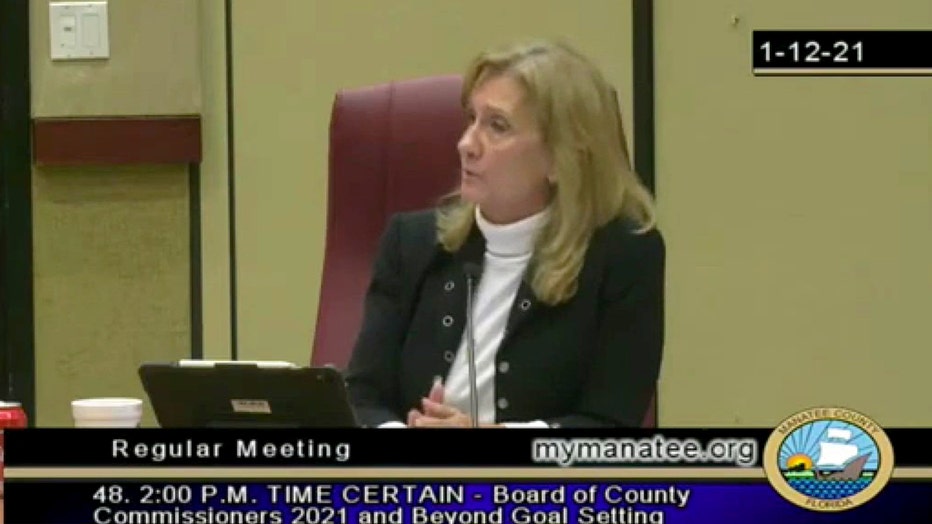 "I don’t think where we are right now that that particular shelter is sufficient. It’s very aged and yes we can build but then we run into space and parking. The cemetery is very very close to it," said Commissioner Bellamy.

Commissioner Baugh's suggestion was a blow to shelter supporters. The shelter has a "no kill" policy.
They've been able to save upwards of 90% of adoptable animals.

"It was devastating. We’ve been working for 8 years for a new shelter. We don’t really understand Vanessa Baugh's reasoning of why she wants to back-track on that," said Alicia Dougherty, a longtime volunteer who serves on Manatee County's Animal Advisory Board. "It's had asbestos mitigated we don’t even know what other asbestos may be in there. It’s just a poor shelter for dogs. It’s very loud. It’s uninviting."

As Manatee County grows, space at the shelter dwindles.

"We are over capacity. We only have 80 kennels. When we get to 140 dogs we can’t possibly reduce that stress. A new shelter will have so much more land," said Kassandra Zess-Pagel, the president of Friends of Manatee Co. Animal Services.

She said the support of the community is behind them and she hopes commissioners will remain on board.