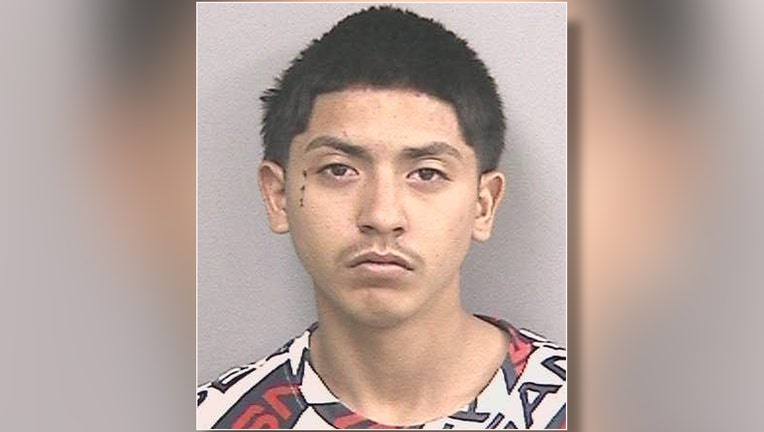 BRADENTON, Fla. - Manatee County deputies arrested Nathaniel Garza, 15, after he allegedly shot and killed a man sitting in a car.

According to the Manatee County Sheriff’s Office, Garza, the victim and another man were sitting in a car parked in a driveway listening to music when Garza allegedly took out a handgun and began playing with it.

The other man in the car said the gun went off and struck the victim in the head. At that point, Garza fled the scene on foot, deputies said.

When deputies arrived they found the victim in the driver’s seat of the sedan, slumped over the center console.

They administered first aid to the victim, who was taken to Blake Medical Center where he died.

Garza had warrants for absconding on a burglary and grand theft. Charges for the shooting are pending.