A Manatee was released back into the wild after being treated at ZooTampa for ingesting toxic algae.

The manatee, who was given the nickname Darling, was found trapped in mangroves back in February after it had eaten red tide algae and suffered health issues as a result, the Lee County Sheriff’s Office said.

Red tide is the nickname given to a naturally occurring algae that sometimes blooms into large patches. It releases a toxin that’s harmful to marine life and can cause respiratory issues in people.

The manatee was treated at ZooTampa. 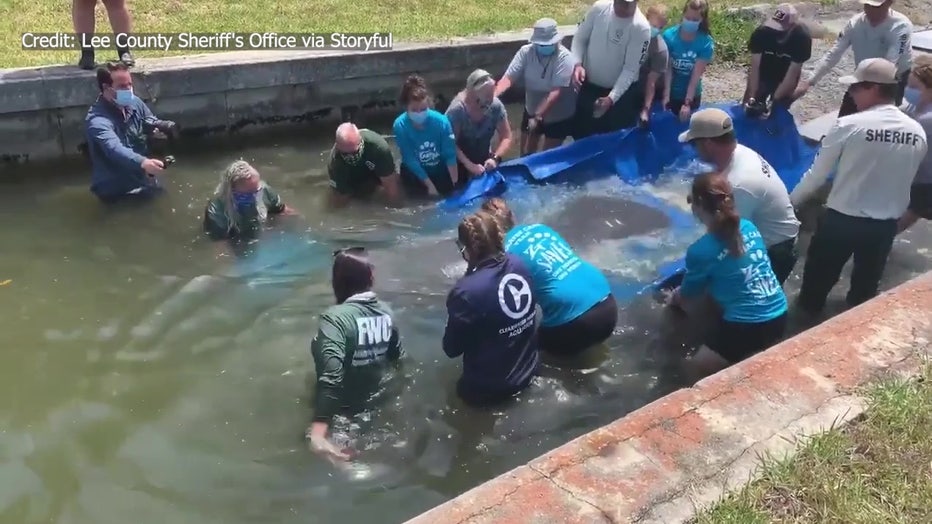 In the video, deputies can be seen helping Florida Fish and Wildlife officers, biologists, and volunteers carrying the manatee to the water.

The team patted it on the back and cheered as the manatee swam away.