TAMPA, Fla. - Danielle James was only eight when she watched her dad take his last breath. Back then, she testified that Trevor Dooley killed her dad.

Now, 10 years later, she may have to do it again. The thought of that, she says, is chilling.

“I’ve never liked seeing him. It’s kind of fearful for me because the last time I saw him it was killing my dad. I’d rather not see him again," Danielle said. "But if this is something I have to do to finally get justice, I will go through with it.”

Back in 2010, Danielle was there when her dad, David James was shot and killed by Dooley during a dispute in a neighborhood basketball court. At first, Dooley used Florida’s controversial stand your ground defense and lost.

He was later convicted of manslaughter. But in 2016, he won an appeal for a new trial.

Recently-filed documents now show Dooley wants a do-over on his 'stand your ground' hearing. The law was recently tweaked and now shifts the burden of proof from the defense to the prosecution.

It’s likely Danielle, who is the state's star witness, will have to testify. 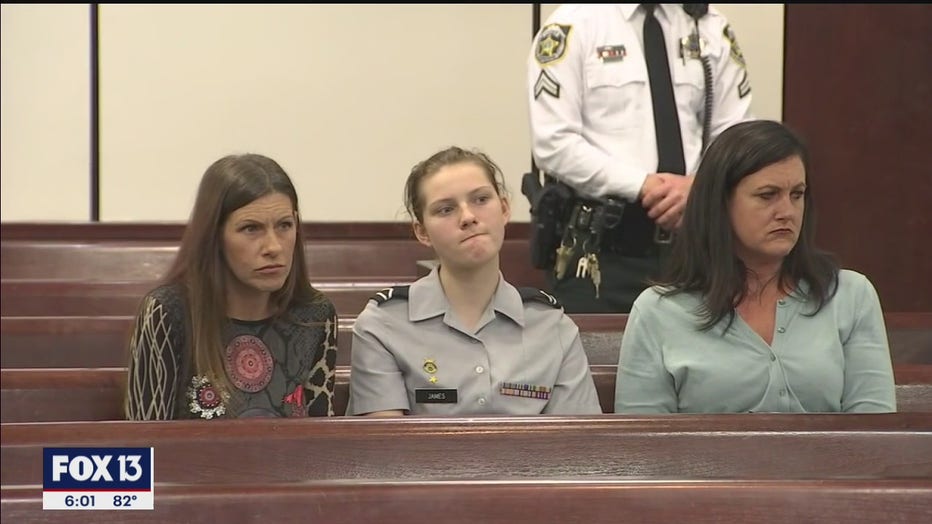 “We’ve already gone through this once and he’s going to bring up old emotions, old grief, and he already gets to walk free. What more does he want? My dad‘s life got taken," said Danielle.

Attorney Anthony Rickman doesn’t see Dooley winning this one, but does see him causing more delays with appeals.

“We may wait a long time to get that ruling and the family may wait even longer to get the justice they want,” explained Rickman.

Danielle, who is now 18 and a decorated member of her schools ROTC, created a website dedicated to her dad. And she is still seeking justice a decade later.

“He took my dad. You only get, like, one true dad, one biological father, and I barely got to know mine,” said Danielle as she held back tears.

Prosecutors are expected to fight the motion for a new stand your ground hearing. Dooley is due in back in court in June.