The March of Dimes wants to give every premature baby a fighting chance. This year's March of Dimes ambassador family for Hillsborough County has been on a whirlwind of emotions ever since their son Ashton came into the world.

TAMPA, Fla. - The March of Dimes wants to give every premature baby a fighting chance. This year's March of Dimes ambassador family for Hillsborough County has been on a whirlwind of emotions ever since their son Ashton came into the world.

Ashton Smith was born during the pandemic, but his fighting spirit and will to live has led to his strong recovery.

"I went into preterm labor on Mother's Day weekend last year and started having contractions," said Ashton's mom, Leah Smith. "I thought nothing of it and then, it turns out, it continued to get worse."

As Ashton approaches his first birthday, his family is looking back on his tough entry to the world.

"They did a bunch of things to try to stop the contractions and eventually my water broke," Leah said. "The labor started progressing and they couldn't stop it anymore. And so then he was he was breached."

She ended up in the hospital.

"He was completely folded in half with his butt. So I had to have a C-section to get him out," she said. 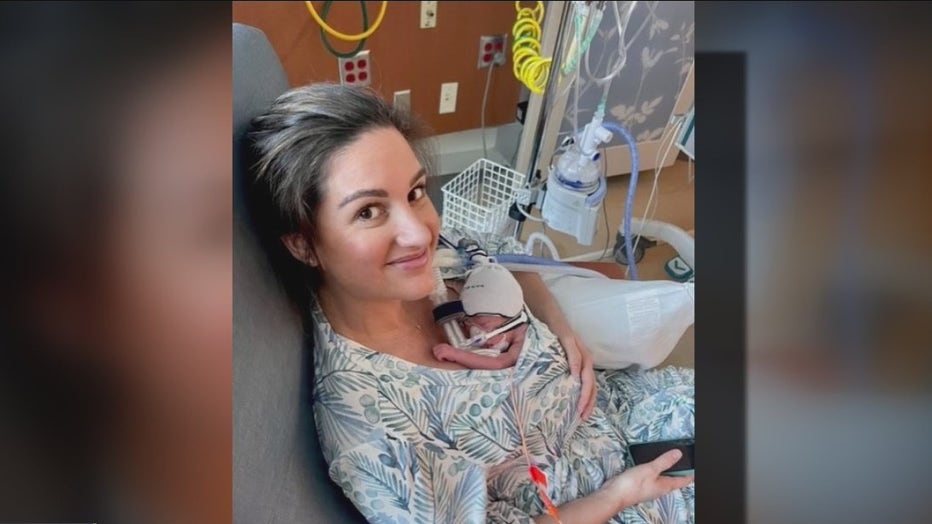 Leah, a former NICU nurse, knows the issues with having a preemie.

"I knew too much. So sometimes, you know, not knowing anything is scary, but then also knowing everything can also be really scary," she said.

"I was just sitting there in the O.R. by myself, wondering how he was doing, what was going on. It's just so scary. I was just remembering, like, my whole body shaking. And at one point the anesthesia tech was like, ‘Do you want something to like, ease your nerves?’ … It was just so overwhelming," Lead explained.

Ashton, spent 51 days in the NICU before going home. With the help of the March of Dimes, Ashton is now doing great.

"I mean, we can't be happier. We have such a beautiful, healthy little boy here," said Scott Smith, Ashton's dad. "We have a beautiful 5-year-old. It's been great."

The Smith family is thankful that they decided to become March For Babies' 2022 Ambassador Family for Hillsborough County.

"The March of Dimes is so important to us. You know, they were so helpful. They've done so much for the community and across the country. And so we just wanted to make sure we're supportive of them," Scott said.

For more information on how to participate in the upcoming March for Babies walks, visit https://www.marchforbabies.org/EventInfo/?EventID=21986.