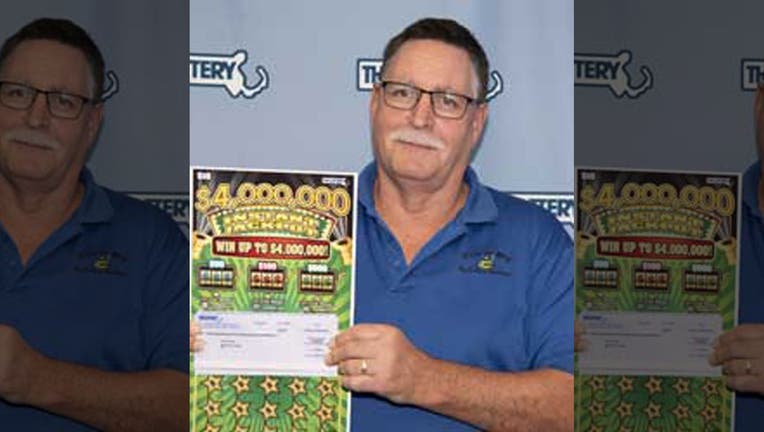 A Massachusetts man won his second $1 million lottery this week - just 18 months after drawing a lucky ticket for the first time.

Rolf Rhodes, a resident of Mendon, won his latest prize from a “$4,000,000 Instant Jackpot” scratch-off game purchased at a local gas station on Wednesday.

According to the Massachusetts State Lottery, Rhodes has already collected the first of 20 annual payments of $50,000 - his estimated earnings before taxes.