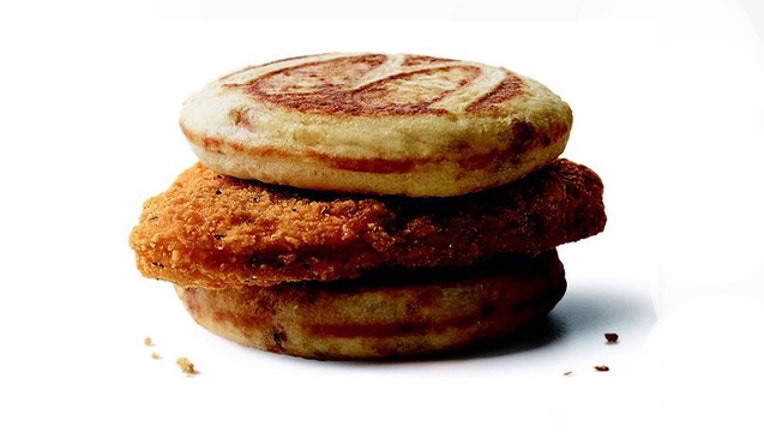 The holidays aren’t over yet as McDonald’s has a special “secret menu” gift for customers in 2017.

McDonald’s restaurants on Monday launched Chicken McGriddles, described as the "taste of chicken and waffles on-the-go."  Chicken McGriddles were a not-so-secret, secret menu item for a while, but now they are officially on the menu only at select restaurants in Florida, now through the end of April.

The McChicken Biscuit joins the Chicken McGriddles on McDonald’s all-day breakfast menu, and uses the McChicken patty on a baked buttermilk biscuit topped with butter.