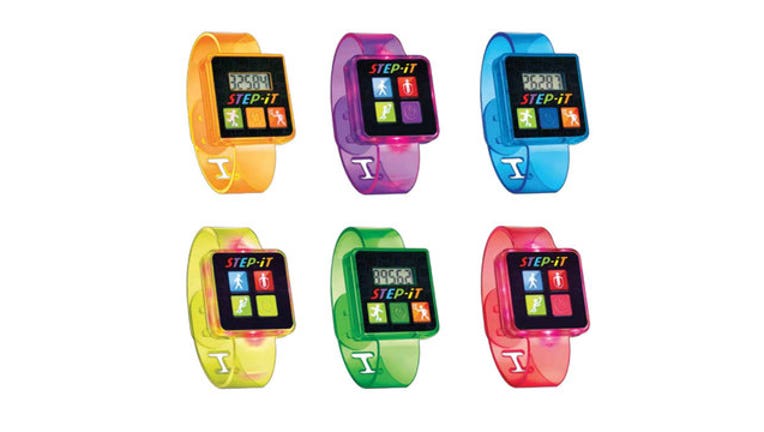 NEW YORK (AP) — McDonald's is recalling millions of fitness bands that had been given away in Happy Meals because they might cause skin irritation or burns to children.

The fast-food chain said last week that it would stop distributing the bands in Happy Meals. Now it's recalling 29 million of them in the U.S., and 3.6 million in Canada.

The company, based in Oak Brook, Illinois, received more than 70 reports of incidents after children wore the bands, including seven reports of blisters, according to the Consumer Product Safety Commission. The Step-It Fitness plastic wristbands, in blue, green, purple, orange and red, look like watches and are supposed to track physical activity.

Customers should return the wristbands to McDonald's for a free replacement toy, and either a yogurt tube or bag of apple slices, the CPSC said. The wristbands, which were made in China and distributed exclusively by McDonald's, were sold between Aug. 9 and Aug. 17.

The promotion had turned heads even before the recall, given the reputation of McDonald's Corp. as a seller of junk food. The company has been trying to change that reputation over the years, in part by including fruit in its Happy Meals.

The company has also been running TV ads saying its Chicken McNuggets are now made without artificial preservatives.