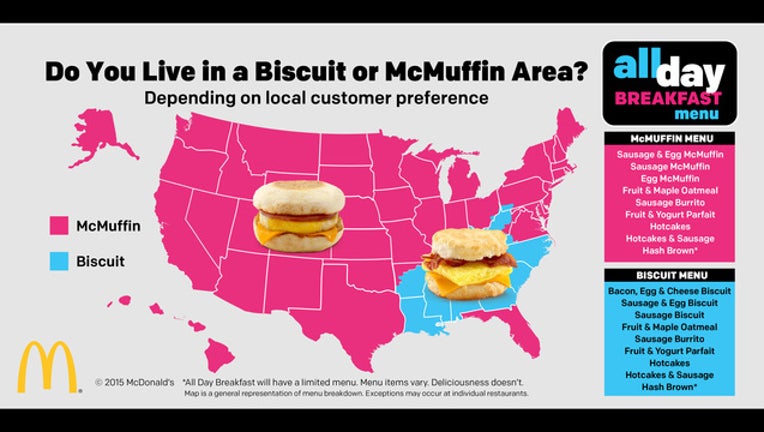 We’ve heard before that Florida is not really” the south” despite it being the nation’s most southern state geographically, but now there's a McDonald’s graphic prove it.

McDonald’s serves two different breakfast menus depending on where you live.

Most of the west and north gets the “McMuffin Menu” while the south gets the “Biscuit Menu.”

That is all the southern states except Florida.

But a local McDonald's spokesperson tells FOX 13, Floridians just prefer the McMuffin to the biscuit: