Dogs getting ready for adoption after being seized from breeder

Hundreds of dogs seized in September from Trish's All Breeds Grooming in East Tampa are being readied for adoption.

"They're in this socialization period where they can adapt really quickly,” said chief veterinarian Dr. Mallory Offner.

It's a far cry from the last time the public saw them, hours after they'd been confiscated from an East Tampa breeder in September. The dogs were mostly small breeds like poodles, Shih Tzus, terriers, and Maltese.

"Their living conditions were quite bad -- very dirty, overcrowded,” Offner said. “They've never really known toys or a lot of human interaction either."

Monday, they received plenty of that, when they were bathed and groomed inside the county facility. For some, it was the first in a long time.

"This is the first time that we've really started to bathe them all,” Offner continued. “There was also a concern for infectious diseases, so we were keeping them in all in their own separate groups."

For the last four weeks, Hillsborough County has been investigating Trish's All-Breed Grooming for deplorable living conditions. Most hadn't even been outside.

"If they've seen the outside, it's been on concrete,” Offner said. “So this is the first time they've been out in the yard, with some grass and some playtime."

Pet Resources director Scott Trebatowski says the county has spent the last month gathering medical information, which will be handed over to the State Attorney for potential criminal charges. 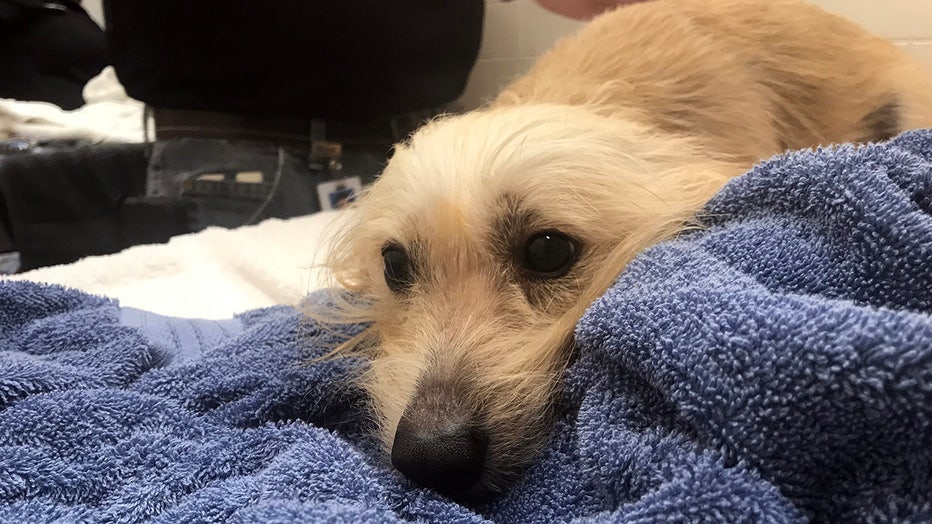 "We originally thought only four or five dogs needed medical care. But now we're seeing that depending on what level of medical care, it could be as many as 100 of these dogs that need ongoing medical care, so that changes the dynamic substantially as far as potential charges go."

A judge’s court order allowed the county on the property on September 23, and ruled that its owner, Robert Royers, could never own another dog. Royers managed the business, but the property is owned by Alice Holt, who in 2011 was permanently barred from owning dogs in the county.

“Right now we’re fairly confident that the two main players – the manager and the owner of the pets – are not allowed to have more pets,” Trebatowski said. “But that doesn’t mean there won’t be new players entering the fold.”

As of mid-October, Trish’s All-Breed Grooming opened under a new name, “Trisha’s,” and a former groomer is currently at the helm. Staff members refused to speak with FOX 13 News last week, but claimed the facility is solely operating as a groomer.

The state attorney should make a decision regarding charges in the next 30 days.