TAMPA, Fla. - Captain Sarah Kociuba has a pretty impressive resume. She’s a B-2 instructor pilot, has flown more than 90 combat missions, and has more than 1,700 flying hours in five different aircraft.

"It is very exciting, I am very humbled," she told FOX 13. "We are certainly doing our prep for it."

Kociuba, call sign "Gucci," will lead a formation in her B-2 Spirit, along with a B-1B Lancer and a B-52 Stratofortress. She says a lot of planning helps missions like these come together.

"We’ve been working for weeks making this plan very precise, so that we can execute it," she said. "So we’ll all brief together, and plan together, and make this rejoin happen."

The military flyover on Super Bowl Sunday is planned down to the second.

The bombers are coming from three different bases in the Dakotas and Missouri. It’s a mission that takes coordination, and precision timing.

First, they’ll meet up in a whiskey area – that’s military jargon for "restricted airspace" – before the pass over Raymond James Stadium and Super Bowl LV.

"We will rejoin very low altitude, very high speed and very close together in this whiskey area, and then we’ll work our timing, and then do the flyover," she explained. 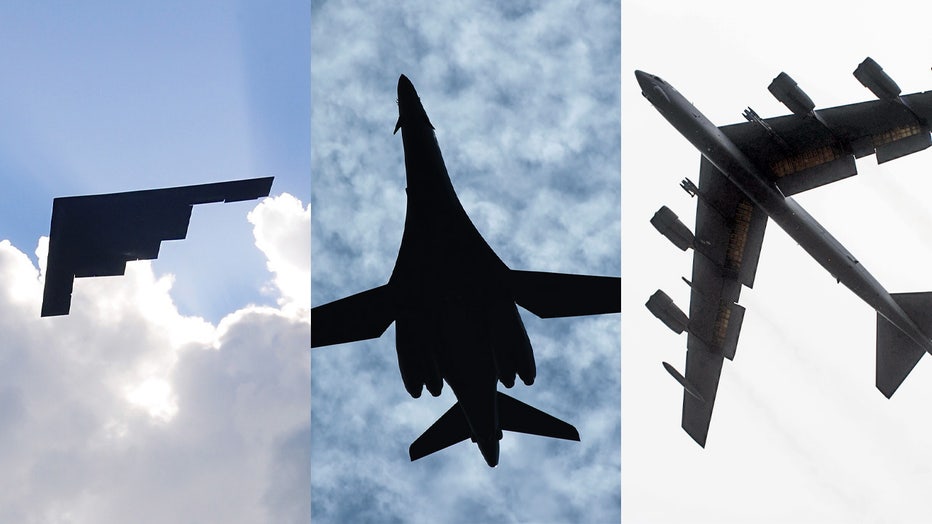 The entire flight will take about seven or eight hours round trip because the Air Force is including training in the sortie. That means Kociuba won’t return to base until long after the fourth quarter ends.

"I’m not going to get to watch the game, so I hope there’s no spoilers before I land," she added. "I’m going to have to watch it afterwards!"

The B-1B bomber sits sleek and lethal on the flight line at MacDill Air Force Base in Tampa, ready for its unusual mission this weekend with a B-52 and B-2.