A Florida family was sitting in the living room Saturday night when a man covering his face ran up to their front door and started kicking it.

MELBOURNE, Fla. - Unsuspecting people are sitting inside their homes when a stranger approaches the front door and starts kicking. One Central Florida family caught it all on camera.

"Absolute terror. It was terrifying. I mean, I can’t even express how scary it was," Denise Marrs said about the incident.

It was around 8:20 Saturday night. Marrs says her family was watching TV in the living room when they heard the loud, sudden banging.

"I went into the fight mode – that’s one of the first times I’ve had to do it like that," her husband, Doug Marrs said.

The dogs were barking and no one knew what to do. Then the Melbourne couple watched the video back and realized – it looked like a prank.

"We used to do a doorbell ditch type of thing but I think this is way worse than that," Doug added. 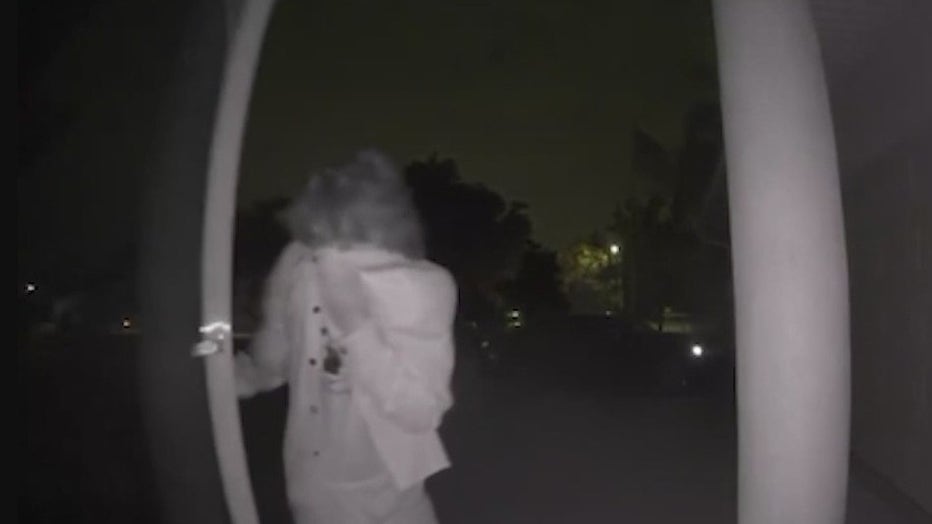 The family believes it may have been a viral TikTok challenge where kids take videos kicking random doors.

It’s made headlines around the world. Caren Crew says her door was actually kicked-in in Orlando.

"All I see if particles of my door flying into the living room. We get up and it’s a group of kids in the neighborhood that are just kicking in doors," Crew said.

Police have not said whether these cases were related to social media.

But these homeowners say bottom line… it’s a dangerous game.

We reached out to Melbourne Police to see if they have any leads on this most recent incident and haven’t heard back.