GRAND RAPIDS, Mich. - Police are investigating the vandalism of several headstones at a Jewish cemetery in Grand Rapids where the words "TRUMP" and "MAGA" were spray-painted ahead of President Donald Trump's final campaign rally in the western Michigan city.

The vandalism was first spotted on social media where photos of the headstones were posted on Nov. 2. 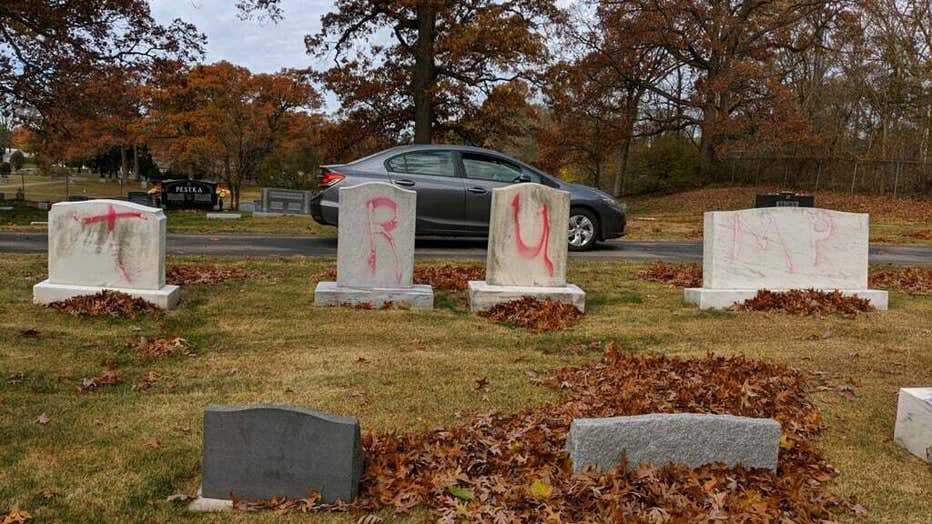 Headstones in a Grand Rapids cemetery that were vandalized with pro-Trump messaging. (Credit: Michigan Democratic Jewish Caucus via Storyful)

The phrases "TRUMP" and "MAGA" were spray-painted on at least six of the headstones.

The vandalized graves were discovered at the Ahavas Israel Cemetery hours before Trump visited Grand Rapids late Monday in his final campaign rally before Election Day. 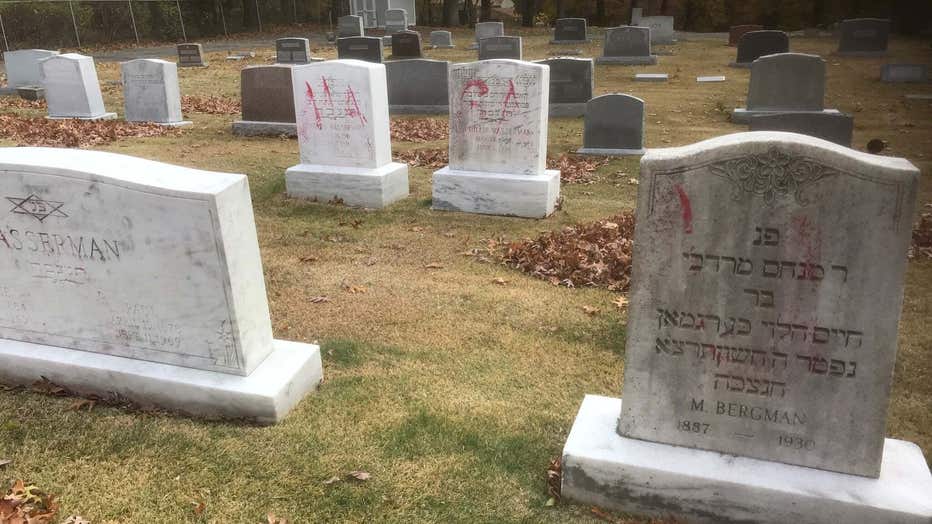 “The Michigan Democratic Jewish Caucus is appalled and outraged by the desecration of Ahavas Israel cemetery in Grand Rapids,” the group said in a statement posted to Facebook.

The Associated Press and Storyful both contributed to this report