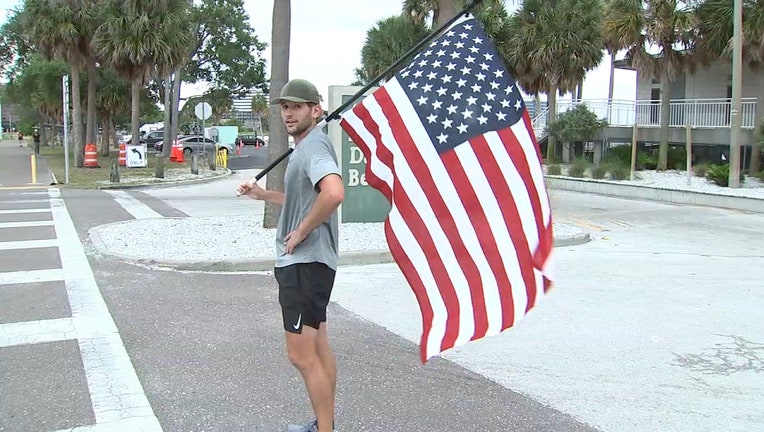 TAMPA, Fla. - As the sun rose Monday morning, a Tampa resident, with an American flag in hand, hit the strees with a special mission.

Navy Petty Officer 1st Class Randall Kopytowsk, who is currently based at MacDill Air Force Base, began running in honor of fallen heroes. He says he plans to run four miles, every four hours, for the next two days while carrying the American flag.

Each mile is dedicated to service members who were nominated through his Facebook page. He's also asking for the public to nominate their heroes.

"We have some people here who showed up from my work," he explained. "We're running for four fallen heroes."

He told FOX 13 his goal is to make sure the families of those fallen service members know their loved ones have not been forgotten. 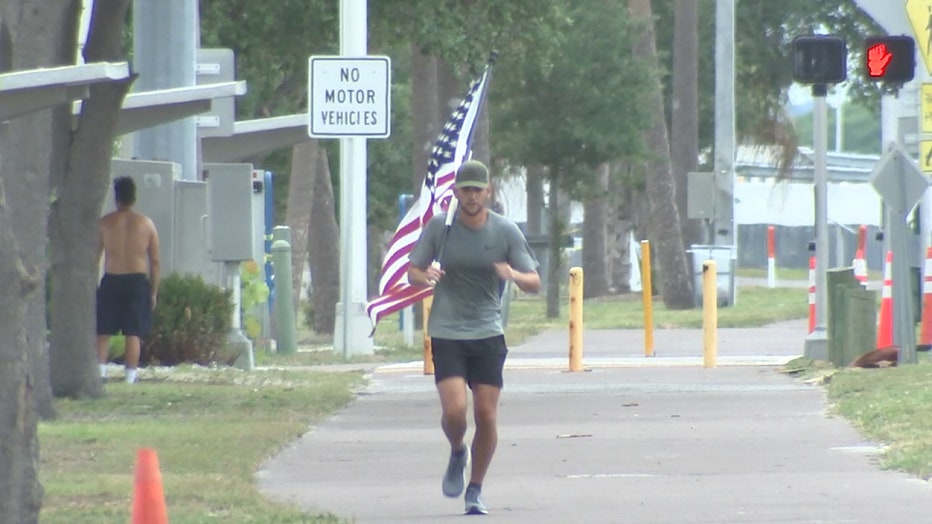