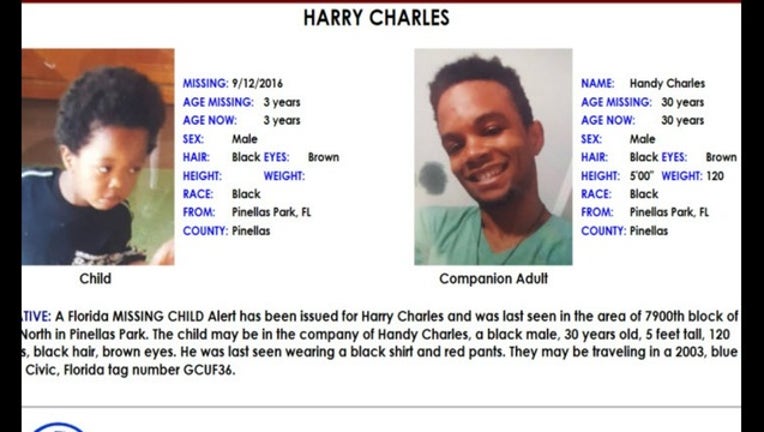 PINELLAS PARK (FOX 13) - A Florida missing child alert has been canceled after 3-year-old Harry Charles was found and is safe.

Previously, authorities believed was in the company of Handy Charles, 30, his biological father. It was unclear if Handy Charles was located.

Police said Handy Charles took the little boy "under circumstances that are still under investigation."