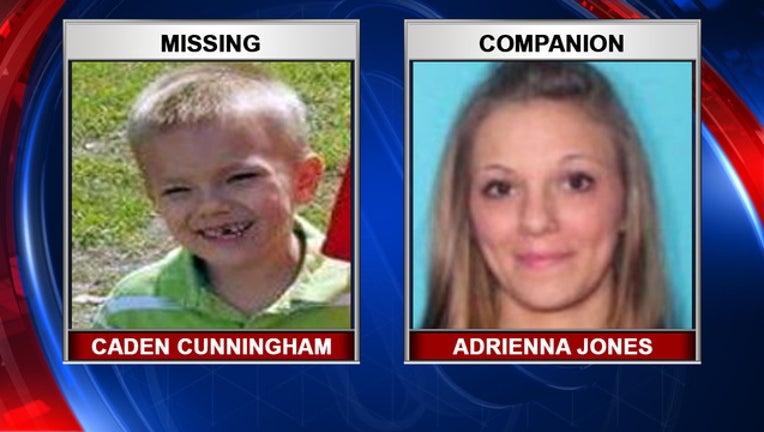 JACKSONVILLE (FOX 13) - A 5-year-old boy, missing out of the Jacksonville area, has been found safe. The Nassau County Sheriff's Office says Camden Cunningham has been located more than four hours after a Florida missing child alert was issued.

Earlier today, the Florida Department of Law Enforcement said that Camden was last seen in Callahan, which is north of Jacksonville near the Florida-Georgia border.

The FDLE believed he was with Adrienna Jones, 25, though officials did not specify her relationship to the boy.

An earlier alert from FDLE identified James Anderson, 33, as a possible companion, but his name was later withdrawn from the alert.

Jacksonville television station WJXT reports that Jones is the boy's mother and she had failed to bring Camden to a custody hearing this week.  After the alert, she contacted the station and said he was OK.