TAMPA, Fla. - An Oklahoma zoo once owned by Joe Maldonado-Passage, AKA Joe Exotic, will soon become the property of Carole Baskin, CEO of Big Cat Rescue and Exotic's chief rival in the Netflix show "Tiger King."

The USDA suspended the license of the zoo's operator, Jeff Lowe, who also appeared in "Tiger King," after two inspections found apparent mistreatment of the animals and problems with the facilities.

PREVIOUS: Big Cat Rescue CEO: 'People have been trying to kill me for years'

Carole Baskin: I can’t let my guard down

A USDA report from June 23 documents two large cats and two wolves appeared to be in poor health and that a veterinarian had not been consulted about their care. The report also documents the death of a 17-year-old cat named Young Yi, which was not cared for by a vet prior to its death.

Another USDA inspection report dated July 9 says 34 animals were apparently missing and could not be accounted for at the zoo, which is supposed to keep records about when it adds new animals or when an animal dies.

The report listed four tigers and one liger, by names, which were unaccounted for, as well as two tigers that were new at the zoo, but no records were kept from when they were acquired.

Meanwhile, PETA says photographs taken in the G.W. Zoo show a woodpile where a lion’s carcass was burned, drawing flies, which then attacked the zoo's other big cats. 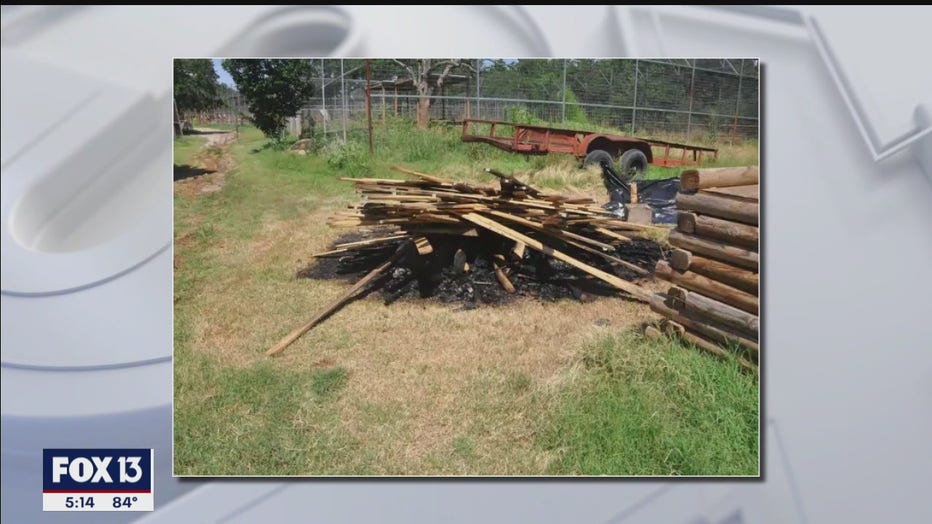 “Literally eating away at the animals’ ears, making them bleed, and even amputating parts of their ears,” said Brittany Peet, of PETA.

“It’s very unusual for the USDA to do something like this unless it’s really bad,” said Howard Baskin, of Big Cat Rescue. 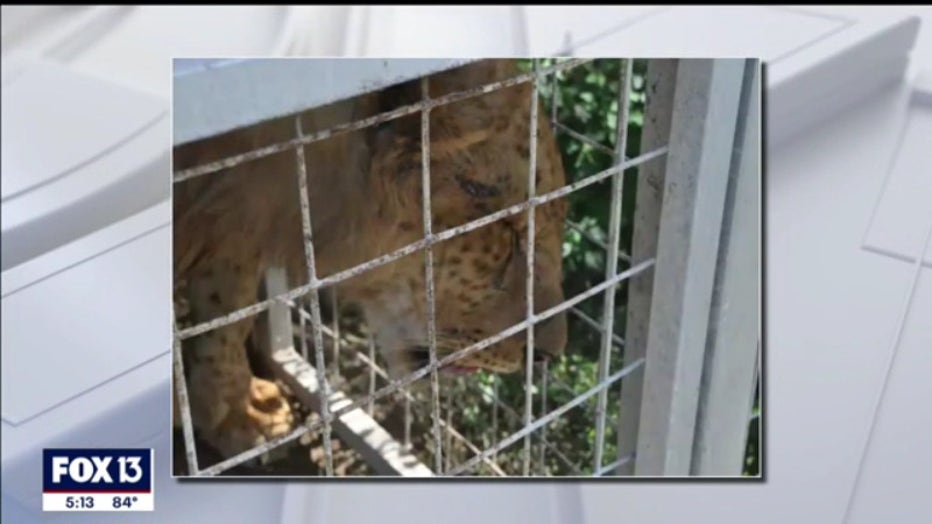 Although the G.W. Zoo land was turned over to the Baskin as part of a lawsuit, the animals were not part of the judgment.

“We never considered it as a facility we would continue to operate with animals,” said Howard.

Lowe has said publicly that he intends to move the animals to a location about an hour away from G.W. Zoo in Oklahoma. However, Howard Baskin says if Lowe should leave the animals on the land when it goes to the Baskins on October 1, they’ll be ready. 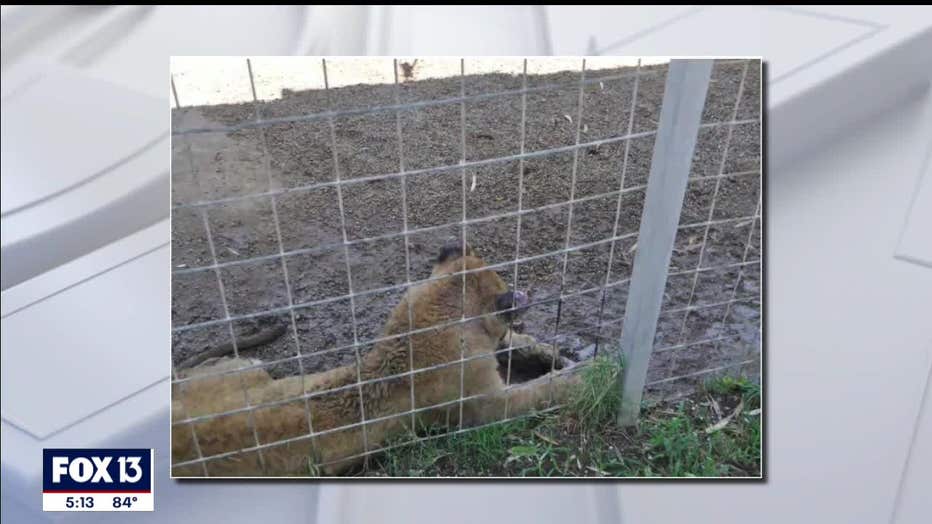 ‘“We have put in place contingency plans, that I can't talk about, to see to it that the animals don't starve,” said Howard. “We just have to wait and see what happens.”

Representatives of PETA and the Humane Society of the United States told FOX 13 they’re unsure how many big cats Lowe has or what condition they are in.

“We would feel better about it if Carole and Big Cat Rescue were gaining possession of the animals as well as the land,” said Peet. 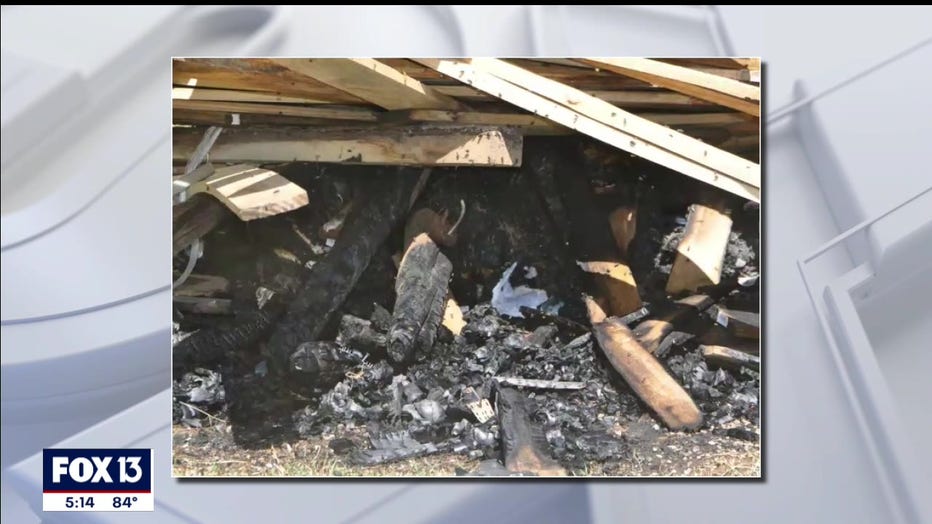 PETA and the Humane Society of the United States are pushing congress to pass the Big Cat Public Safety Act which would prohibit owning big cats as pets and roadside zoos from offering cub petting and photos.

FOX 13 was unable to reach Lowe, but he told TMZ the problems found by USDA inspectors have been corrected.