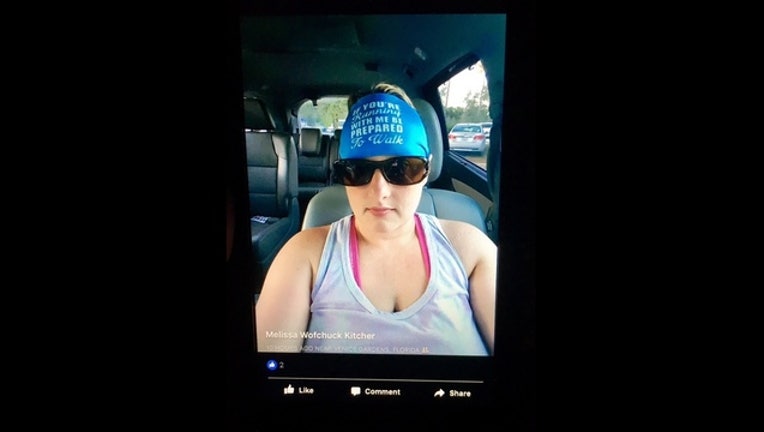 Deputies say this photo of Kitcher was taken Sunday morning just before the marathon.

Sarasota Sheriff's Office deputies responded to the Carlton Reserve for a report of a missing person. According to detectives, 37-year-old Melissa A. Kitcher was last seen at 8 o'clock Sunday morning where she was to take part in the Trail Hog Half-Marathon.

Deputies say it appears Kitcher never finished the race. She was located at approximately 7:30 p.m.

The organizer of the marathon told the Herald-Tribune that Kitcher "took a wrong turn."