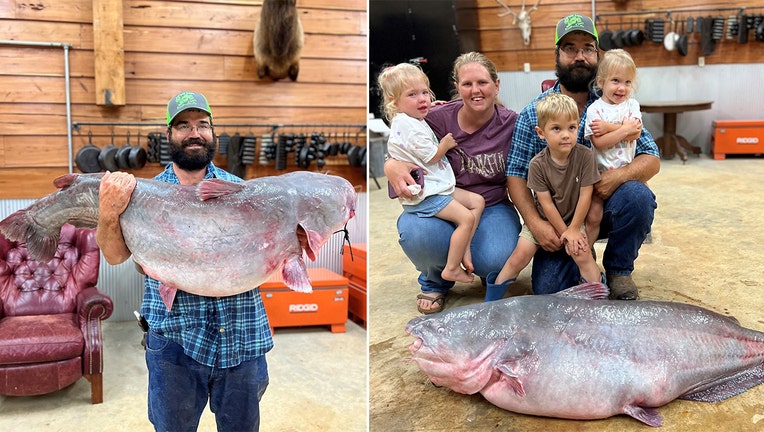 NATCHEZ, Miss. - While it wasn’t moonlight on a duck blind, it was a catfish on a trotline in Mississippi earlier this month.

Christopher Halley was fishing in the Mississippi River near Natchez when he realized a giant fish had taken hold of his trotline.

The 104-pound monster he hooked became the new ‘State Trophy Record Blue Catfish.’ The previous record was broken in 1997, weighing in at 101 pounds.This monster may be a record-breaker for Mississippi, but NOAA Fisheries says that they’ve seen much larger fish.

"One caught in an inland lake on the Virginia–North Carolina border weighed 143 pounds," NOAA said. "While adults usually grow to be less than 2 feet long, they can grow to be 5 feet long and weigh more than 100 pounds."

The Mississippi Department of Wildlife said Halley's catch was the second blue catfish state record broken this year. Earlier in the year, someone reeled in a 131-pound catfish with a rod.

Get updates on this story from FOX Weather