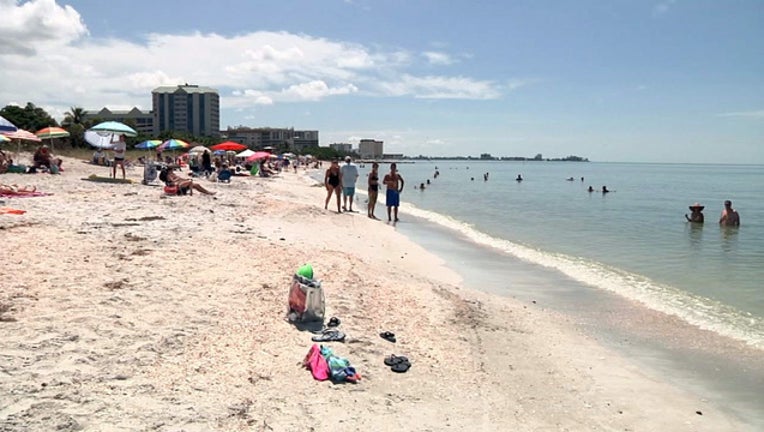 SARASOTA (FOX 13) - Michael Walsh would pick Lido Beach over any other sandy beach in the area. But on his Labor Day holiday, he noticed a big change in the wake of Hurricane Hermine.

"It is a lot more shelly," he observed.  "It's definitely pulled back. More angled. A lot of the sand disappeared."

For residents, erosion on Lido has been a constant struggle.

"There was about 30 more feet of beach gone. It was up into the dunes," said Carl Shoffstall.

Shoffstall, the president of the Lido Key resident association, has been waiting for the state's final approval on a plan that would fix the problem. The city has been working with the Army Corp of Engineers on a long-term plan that has been in the works for nearly two decades.

It would provide nourishment every five years and after repeated storms.

"I walked this beach quite a bit. I like to walk it very early morning.  Sometimes, when the tide is up, you can't walk around it," Shoffstall said.

A smaller restoration project took place two years ago, costing nearly $4 million.  It didn't take long for that sand to be washed away.

"The last one, I called it only a band-aid. It wasn't a full renourishment at the time, and the Debbie storm that came through, we got some aid," he said.

The long-term vision will cost millions of dollars.  Funding will comes from the Army Corps, state, and tourist development funds.

Residents hope the plan is approved sooner than later.

"It is not Lido's problem. It is right now. It is the whole west coast of Florida. We need to get a comprehensive plan," added Shoffstall.